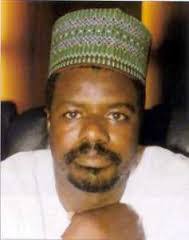 The governor ignored the ex- governor Tuesday afternoon at Dutse Government House during the former senator’s visit to the Governor.

A source in the Jigawa Government House said the former governor arrived Government House and proceeded straight to the Presidential Lodge where he waited for a while.
However when he found that his host was not disposed to receiving he left unceremoniously.

According to the source “The Jigawa Governor was not in office, he was not even in the state. He traveled to Abuja from where he returned to Kano with the intention to be in office Tuesday morning, however the Governor did not show up”.

“It was latter we were told he (Badaru) proceeded to Katsina from Kano”, the source disclosed.

NationalUpdate checks indicated that the former Governor, Turaki left after a mesl in the presidential lodge and after making some calls.

An eye witness told our repoter that after the police escort was ordered to escort him ( Turaki).

When contacted the special adviser to the Governor on Media and Publicity, Alhaji Habibu Nuhu Kila said “It is not true, the governor would never shun any important person not to talk of a former Governor of the State”.

The special adviser added that “The Governor was not in the state. He is presently in Kano for an assignment”.

Alhaji Kila maintained that he did not and will never stop coming to his office because of any body. As a governor, he has his schedules and he is following it according to plans, times and responsibilities.

He therefore denied any knowledge of the speculation making the round in the state capital, Dutse that the former governor Ibrahim Saminu Turaki was discharged and aquited in a case of criminal conspiracy, stealing, money laundering and misappropriation of public funds to the tune of N36 billion between him and economic and financial crime commission (EFCC).

“I’m not aware. I just heard it from you”, Kila emphasis.