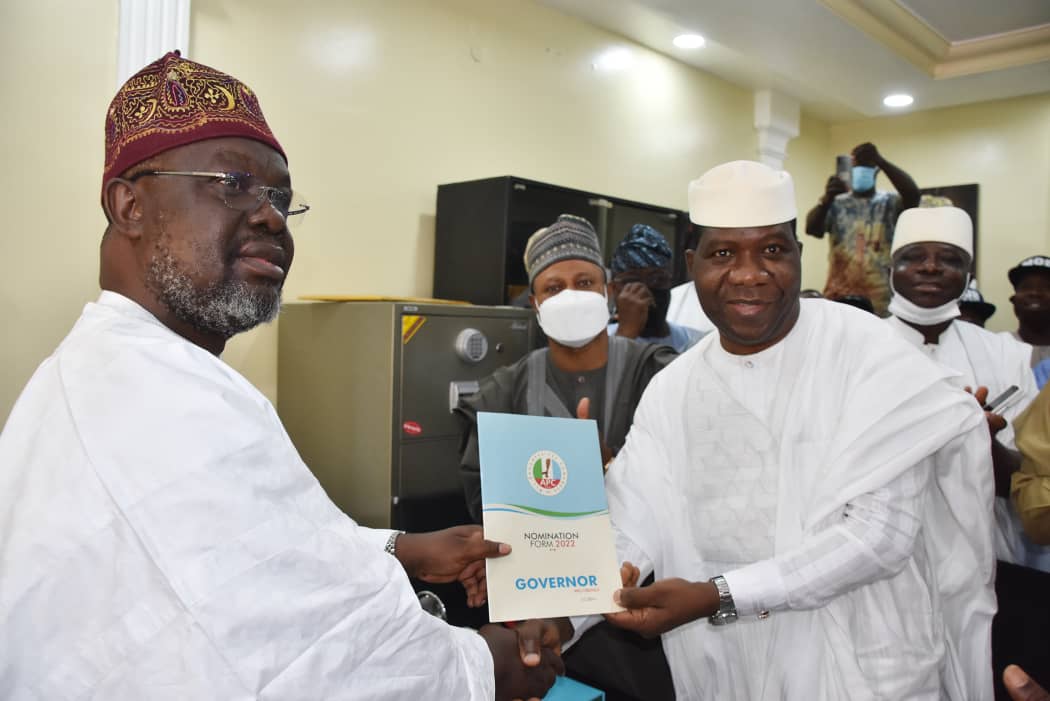 No fewer than twenty one senators on Tuesday accompanied Sen. Opeyemi Bamidele to the All Progressives Congress, APC Secretariat in Abuja to pick his nomination and expression of interest forms for Ekiti Governorhip Elections scheduled for June 18, 2022.

The senators, who arrived the secretariat in a coaster bus at about 3:30pm said it was a show of solidarity with one of their own in the upper legislative arm.

The senators accompanied Bamidele to the office of the APC Director of Administration, Abubakar Suleman, who supervised the purchase of the forms.

In separate interviews, the senators described Bamidele as a man who had paid his dues in the political climate of Ekiti, therefore deserving the governorship.

They said the state would benefit immensely from his wealth of political experience from the legislative, executive and judicial arms of government in the last two decades.

Bamidele on his part said, if given the opportunity, he would take the state to the next level and build on the legacy of Gov. Kayode Fayemi.

“His administration deserves to have a worthy and well focussed successor who will not only protect the legacies of our party and the administration in Ekiti, but will also build upon, and take the state to the very next level of development.

“I am not contesting this election because I feel I am the only one who can add value in Ekiti.

“I am in this race because I’m convinced that more than anyone else, I know Ekiti like no one does among those of us who have indicated interest in being governor.

“I know the workings of government in the three arms like no one does among those of us that are aspiring.

“I have what it takes to lead a state like Ekiti at a time like this when everyone who has a scientific understanding of what is wrong and what needs to be done, needs to come forward and present himself.

“As a solicitor of the Supreme Court of Nigeria and as an Attorney and council at law in the state of New York in the United States.

“All of these in the last 30 years have given me the opportunity to network extensively within the judicial arm of government.”

Some of the senators who accompanied Bamidele to the event are: Tokun Abiru (Lagos), Smart adeyemi (Kogi) and Abdullahi Sabi(Niger).