CCA urges graduands to be professional in their conduct 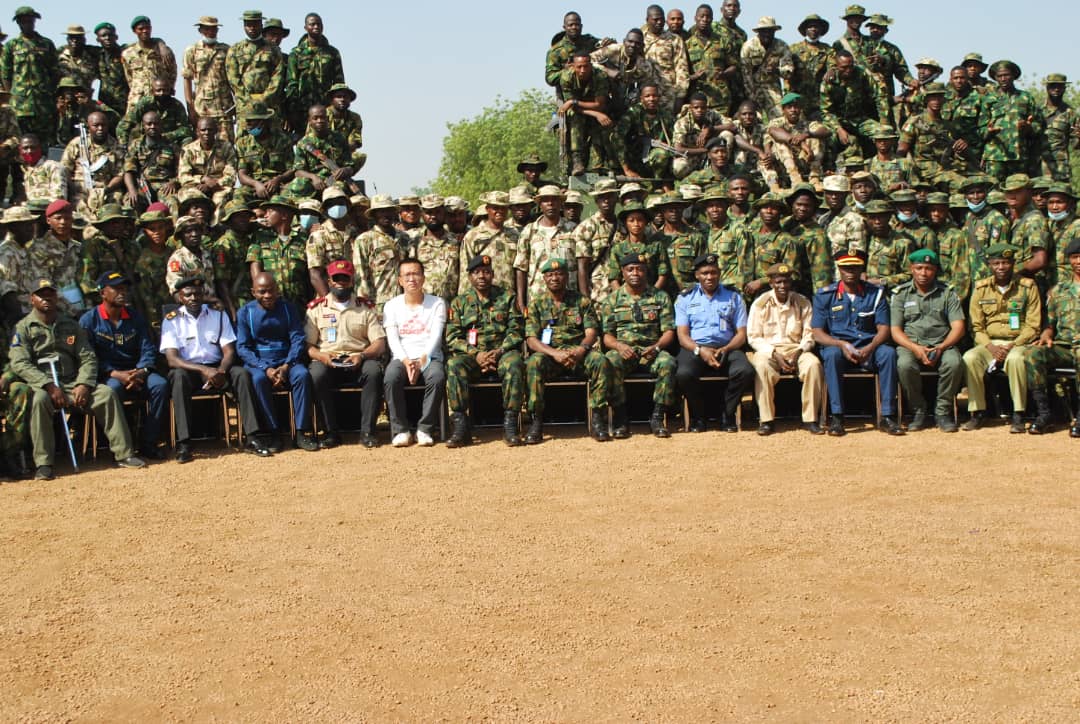 The Commander Corps of Artillery Major General Tari-Timiye Gagariga has urged fresh Graduands of the Nigerian Army Training Center to always maintain high professional standards in their conduct during operations.
Assistant Director Army Public Relations captain Babatunde Zubairu who issued the press Statement quoted the
CCA to have given the advice on Thursday, 23 December, 2021 in Kontagora during the graduation ceremony of 288 officers and men of the Nigerian Army.

The Commander Corps of Artillery who was the Special Guest of Honour at the event was represented by the Chief of Staff, Headquarters Nigerian Army Corps of Artillery, Brigadier General Lebonsina Lebo, stated that the continuous emergence of the asymmetric threats which appears majorly in the form of terrorism and insurgency and being perpetrated by criminals across the country makes the Training more relevant at this time.
Major General Gagariga therefore charged the outgoing trainees to do everything possible to sustain the knowledge acquired during the training.

Earlier in his welcome address, the Commander Nigerian Army Training Center, Major General Oluyinka Soyele explained that the training covered wide range of sensitive and strategic operations, saying that the exercise will go a long way in enhancing professional capacities and duties of the graduands when eventually deployed for operations.

The Commander thanked the Chief of Army Staff, Lieutenant General Faruk Yahaya for the support to the Center.
He stressed that success in the conduct of the training would not have been possible without his support.

In his speech, the Chief of Training, (Army) Major General Abdulsalami Ibrahim, represented by Brigadier General Aminu Usman stated that the just concluded training of selected Nigerian Army personnel which is a collaborative partnership between Nigerian and Chinese Government, with Nigerian Army Training Center as host institution, is aimed at effective drive and maintainance of the newly acquired platforms.

Major General Abdulsalami Ibrahim explained that the newly procured Camel Mine Resistance Anti Ambush Protector (MRAP) and Armour Personnel Carriers Multi-Functional EQ Series were acquired to ehance better performance for the Troops against insurgence and other forms of security challenges in the country.
He charged the Troops not to relent until criminals under any guise are flushed out of the country.

He congratulated the graduands for the successful completion of the special training as he urged them to be law abiding citizens with high sense of Professionalism and to conscientiously imbibe maintainance culture on the equipments.

The Chief of Training expressed appreciation to the Commander Nigerian Army Training Center, Director Soldiers Professional Training Directorate, and all the instructors and supporting Staff of the Center, specially commending the Chinese partners for their wonderful contributions to the success of the Course.

In his vote of thanks, the Head of Foreign Partners Mr Tang Tian appreciated the Commander, students, the leadership of the Nigerian Army and Nigerian Government for giving him and his company the opportunity to serve, saying that the collaboration will go a long way in fostering better relationships between Nigeria and China.

High point of the occasion was the colourful presentation of certificate and award to the only participating female soldier, while motorcycles were presented to instructors who distinguished themselves during the Training exercise.