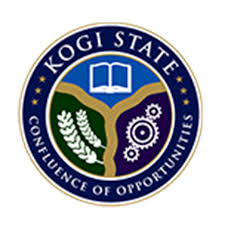 Some Civil Society Organizations and other stakeholders in Kogi State have urged the State Independent Electoral Commission (KOSIEC) to release the Local Government election results almost one year after winners were innaugurated and the oath of office taken.
This was contained in a communique issued at the end of a one -day strategic meeting with Civil Society Organizations (CSP) partners and Media on prioritizing Anti corruption and and Accountability issues during the upcoming 2023 elections.
The communique was signed and issued by the executive director of the Conscience for Human Right and Conflict Resolution(CHRCR) Idris Miliki Abdul who organized the event held recently in Lokoja, Kogi State capital.
He said despite some short comings, the Kogi State Government has conducted elections into the Local government councils.
“However since that elections on the 12th December 2020, the results of the elections has not been released by the State Independent Electoral Commission despite having declared the winners who have been inaugurated since 14th December 2020.”
The communique also picked holes in
the 2022 Kogi State Budget Estimates which is heavy on the Recurrent Expenditure rather than capital Expenditure that is needed for Infrastructure development.
It indicated that despite the call on the State House of Assembly and promises made, there was still no Public Hearing on the 2022 Budget Estimates, as there is a clear difference between Budget defense and Public Hearing, which is currently on going.
The communique also took a swipe at several Civil Society Organizations and Media practitioners, who are not transparent in their actions and utterances which encourage corruption.
The interactive meeting had in attendance some Civil Society Organizations, Human Rights Activist, Media Organizations, representatives of Women and Youth Groups, faith based Organizations and professional Associations.

The meeting featured facilitated presentations on the overview of the project on fighting corruption and Accountability, Panel Discussion on Stakeholders strategies for moving the campaign forward, Discussions on Development of Community Charter of Demand, Question and Answer sessions and Communique development.