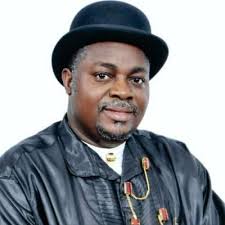 ***Majority of senators this time around are prepared to override Buhari, says Moro

Apparently piqued by the decision of President Muhammadu Buhari not to assent to the Electoral Act 2021 (Amendment Bill) some aggrieved senators have been talking tough on collation of signatures to override the President’s veto power.

Senator representing Benue South Senatorial District, Abba Moro has given the assurance that majority of senators including himself are prepared this time around to override the President.
This was just as Senator George Sekibo (PDP River East) disclosed that about 73 signatures of aggrieved lawmakers have been collated adding that there is no going back on the decision to override Buhari.

Prior to his brief interview with press men after the plenary Senator Sekibo had earlier demanded that the upper chamber go into a closed session after sighting Order 14 of the Senate Rules which has to do with members’ privileges.

Senator Sekibo used the opportunity of the closed session to vent his anger on the decision of President Muhammadu Buhari to Withhold his assent to the Electoral Bill after it was duly passed by the two chambers of the National Assembly.

After the closed session that lasted for about 40 minutes, they could not continue with all other items listed in the order paper for the day including the much celebrated passage of the 2022 Appropriations bill.
Senator Moro while continuing said,
“I can assure you that my colleagues senators and I are prepared this time around to override the president.
Sen. Abba Moro said, “Let me let you know that the President had reasons to reject the electoral act and it is not the first, you will recall in 2019  the President for the reason of the inclusion of electronics transmission of results rejected the electoral act.
“Here we are, the reasons given to my mind and the minds of majority of senators are not enough because all stakeholders have acknowledged the fact that the amended electoral act as it is today contains very fantastic provisions that could deepen democracy.
“So if we reject the amended electoral act because of direct Primaries it is very unfortunate. Let me say whether you like it or not our electoral system given the background of the average Nigerians especially politicians, there is no way you can prevent any politician from trying to induce or corrupt the electorate.
“It is embedded in our style that you must go to the people either via stomach infrastructure or monetary inducement but let me say this that the cost implication that is being used as an excuse now is neither here nor there because relevant stakeholders in the electoral process especially the INEC has told you that there is no additional cost implication.
“As a matter of fact, as a member of appropriation committee when INEC chairman was invited, he frankly told us that even in the present electoral act that provide for Direct and Indirect, that they are prepared for all forms of election, which means they prepared for Direct or indirect.
“Assuming a party opts for direct primary INEC will not ask for additional funds. So by my experience it is the aspirants that bear the cost of primaries.
“The party only send people to monitor, INEC will also send people to monitor and observe. In all the 774 local Governments in the country INEC has personal across, not one not two, no five , so they are there in their numbers.
“So they will be able to monitor. The INEC chairman has said they will be able to handle Direct Primary.
“So Buhari has no excuse. In any case we are conducting election every year here. You are talking about security concern, are we not going to hold election in 2023 in all pulling units, not in Local Government headquarters, not in ward but in all polling units.
“If the security people stretched now as being claimed how stretched would they be during the 2023 election.

On what they will do next, he said the rules are very clear, “As far as I am concerned majority of senators and Members of the house of Reps conceded to this very amendment and this amendment to us represented the greatest leap forward deepening democracy because it is providing for a participation of the wider number of electorate, party members to select those to fly their flags and invariably who will lead them.
“So anything otherwise is shrinking the political space for a few person’s”

“On this note we are convinced that majority of Nigerians like the ammendment as proposed, direct primaries, electronic transmission, use of card reader and so one reason or the other for the President to reject the ammendment.

On whether the senators are trying to get back at the Governors he said
“I don’t know about Governor’s who go to anywhere, people chose their representatives, some Governor’s are against Direct Primary.
“This is democracy, they are free not to like Direct Primary but majority of senators and a sizeable number of Governor’s are also not opposed to direct primary and any democrat whether you are Governor or senator it is instructive  that you be on the side of the people.
“We are attempting to widen democracy, it may serve a particular purpose in this election but we are talking about a sustainable, a durable electoral process and by all standards that gives room for members of the political party to chose their leaders.
“This is certainly a better one than handing over the destiny of all Nigerians to a few cabals that want to control the commonwealth of this country and tht is not acceptable.”