Families of late COAS, 10 others get education support fund from VSF 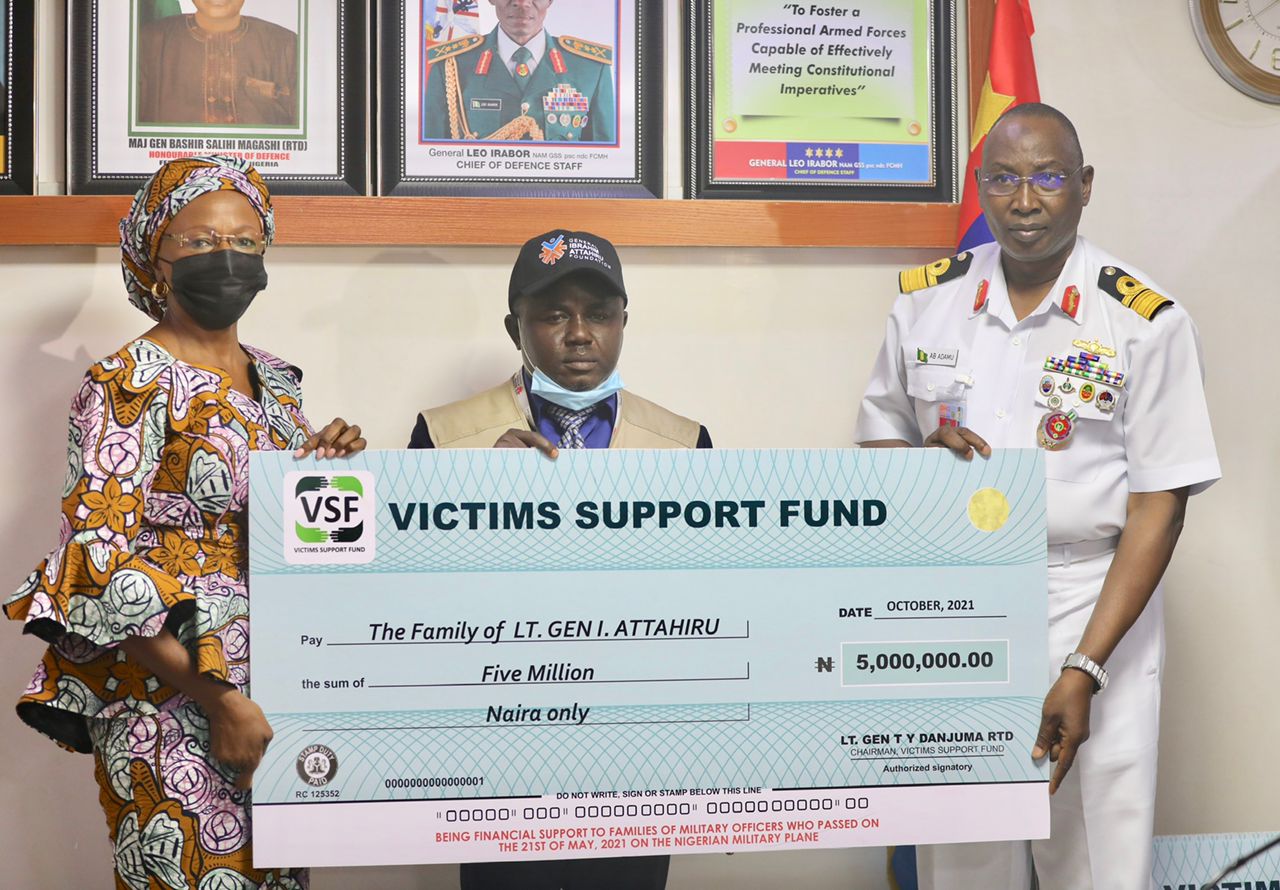 The Victims Support Fund, has ensured the judicious management of its resources mobilized to provide succour to victims of terrorism and insurgency in Nigeria since 2015.
The VSF supports multi-thematic interventions that cover Infrastructural development; Women Economic Empowerment; Health Care, Education and Protection; Peace building and Research.
The representative of the Chief of Staff Rear Admiral Abdul Biu Adamu said when the VSF came calling to condone with the Chief of Defence staff after the plane crash he personally recieved them, adding that he had wished to do the same but other exigencies made it impossible.
Adamu said he is personally touched because of the love from the VSF for making the event a success..
“I know several efforts made to get the families of our deceased colleagues to witness the presentation of education support to the families.
Mrs Olayinka who spoke on behalf of the families of the deceased said a major part of them is gone, however they appreciated the gesture from VSF and the armed forces who have kept checking upon them.
She said the money they have just recieved would go a long way to giving their children the type of education their fathers would have wished them to have.