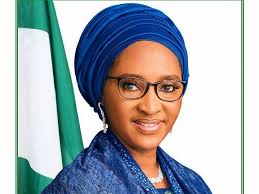 There was disagreement on Tuesday over constitutional mandates and extant laws between the Chairman of Revenue Mobilization, Allocation and Fiscal Commission (RMAFC) Ellias Mbam and the Minister of Finance , Mrs Zainab Ahmed and the Chairman of Federal Inland Revenue Service (FIRS), Dr Muhammad Nami.
There were divergent opinions among the heads of the various agencies on powers for collection and monitoring revenues accruing into the Federation Account and the Consolidated Revenue Fund (CRF).This came to the fore in their separate submissions to the Senate Committee on Finance on the 2021 Finance Bill.
While the Chairman of RMAFC in his submissions, faulted section 68(2) of the proposed bill seeking exclusive power of revenue collection, monitoring and enforcement to FIRS, the Minister of Finance, the Accountant – General of the Federation, Ahmed Idris and FIRS Chairman, said RMAFC functions are not threatened by the proposed legislation
Section 68(2) states that FIRS is the primary agency in charge of administration, assessment, collection, accounting and enforcement of taxes.
However while faulting the provisions, the RMAFC chairman said there is no objection to FIRS being the primary agency responsible for assessment, collection and accounting but objected to the exclusive power of enforcement.
“This word (enforcement) , is infringing on the monitoring mandate of RMAFC in the area of enforcement and compliance.
“RMAFC shall not wait for FIRS as a primary agency to carry out enforcement of lost or unremitted government revenue before performing its monitoring functions or seek approval of the Minister of Finance before carrying out its constitutional mandate of enforcement.
“The exclusivity clause of enforcement to FIRS should not be granted and as such, be expunged “, he said.
In a counter submission , the FIRS Boss said RMAFC mandate to monitor revenue is not exclusive as other relevant agencies or bodies like the  Budget Office, Office of Accountant General of the Federation, Ministry of Finance, Federation Account Allocation Committee ( FAAC) etc, have concurrent mandate to monitor revenue.

“What is clear and exclusive is that FIRS possess the mandate to access, collect and account for taxes accruing into the federation account .
“Monitoring revenues is not the same as collecting and enforcing them in form of taxes ” he said.
FIRS position was also supported by the Minister of Finance and the Accountant General of the Federation.
Specifically the Minister in her submission said RMAFC fundamental function is to monitor revenue accruing into the Federation Account and not even the Consolidated Revenue Fund ( CRF)
According to her , FIRS in the Proposed bill, is empowered to sanction non – compliant banks that fail to deliver quarterly returns , investigate tax evasions and other related crimes and several others.
Earlier in his opening remarks, the Chairman of the Committee, Senator Olamilekan Adeola (APC Lagos West), said the 2021 Finance has a total of 12 existing Acts for amendments .
They are; Capital Gains Tax Act, Companies Income Tax Act, Customs, Exercise Tarrif, etc (Consolation) Act, Federal Revenue Service Establishment Act, Personal Income Tax and  Stamp Duties Act
Others are Value Added Tax Act, Insurance Act, Nigerian Police Trust Fund (Establishment) Act, National Agency for Science and Engineering Infrastructure Act, Finance (Control and Management) Act and Fiscal Responsibility Act.