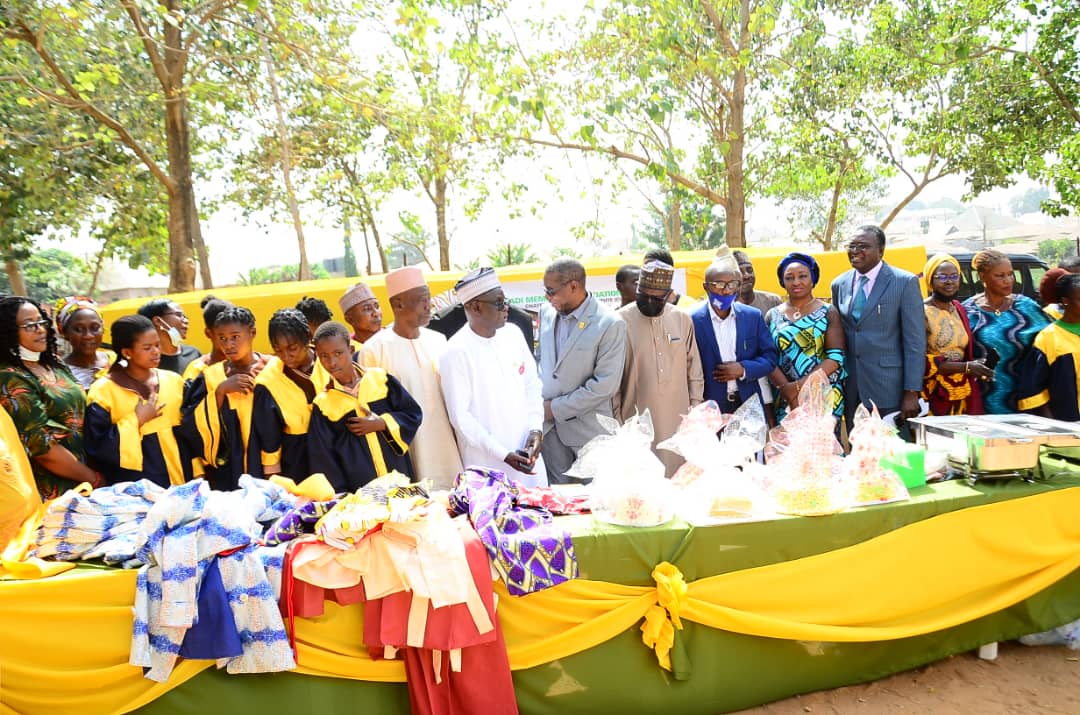 The Ladi Memorial Foundation (LMF) has given lifeline through training to over 600 vulnerable youths on skill acquisition, within the past five years the founder and Executive Director of the foundation Mrs Rosemary Osikoya, has said.

Osikoya who was former commissioner for education and later Environment in Kogi State said the foundation is aimed at empowering the youths and women to be self-reliant while providing them with a platform to acquire life-changing carrier coaching and mentoring.

“Since five years ago that the NGO has been in existence, we have been rendering vocational services to both in and out-of-school students at various levels.

“We have so far trained about 600 youth, most of them vulnerable in the society. We are helping them to access livelihood equipment and to give them hope,” she said.

Osikoya explained that 54 students in public school and dropouts were enrolled for the pilot public school co~curricular TVET Project, which was flagged off on July 8, 2021; while the club meetings commenced on July 26, 2021.

She added that the foundation provided the training free including consumables, equipment, learning tools, textbooks among others, and supported by generous individuals and organizations, which was acknowledged by the Schools’ TVET Champions 2021 Awards.

Osikoya stressed that most of those trained by the NGO were school drop-outs but were reintroduced to school, adding that, their self-esteem had increased.

“For this programme, we registered 54 people who went through our training for a period of six months. I am happy to announce to you that we are graduating 32 youths today.

“Skill helps to build and develop their personal capacity, which is the whole idea of the training.

”A total of 35 candidates were enrolled for NABTEB modular trade exams December 2021 in both JSS/GSS Pyakasa, Abuja, and out of school youths/women in Lokoja.

”The NABTEB modular trade Exams that were taken include: Baking and confectionaries, Food preparation, Pattern drafting, and Garment construction & finishing,” she said.

The executive director described the programme as a huge success considering the number of youths that it had helped to take off the street.

She, therefore urged educational institutions at various levels to adopt modules in skills acquisition, so as to equip students with skills that move them away from unemployment after school.

Other partners’ groups and individuals at the event also pledged their various commitments to supporting the co-curricullar TVET project.

The Vice Chairman LMF Board of Trustees, Engr. Kashim Ali, described the project as turning point, and noble and promising beginning for the young beneficiaries saying it would mark a positive turn in their journey in life.

Ali, who was a former COREN President, said the LMF remained committed to contributing positively to national development through quality human capacity development in the strategic areas of focus.

According to him, LMF is focusing on functional, practical skills for survival, livelihood improvements, entrepreneurship and employment which remains the bedrock of every national productivity, economic growth and personal fulfilment.

”Today’s event which brings us together presents a humble initiative to encourage TVET culture and strengthen integration of TVET certification in the formal education.

”It is a commendable feat bringing together various categories of stakeholders, forges linkages of cooperation and presents a new platform for focused partnership collaboration, mentorship and coaching everyone can buy into”, he said.

Mr Yusuf Alli, the Managing Editor, Northern Operations of The Nation Newspaper, a Facilitator of the programme, commended the founder for the initiative, adding that, it would divert the attention of youths from societal ills.

“I came here to give my own support as a facilitator but when I saw the initiative, I was encouraged.”

The creativity, innovation and skills’ mastery demonstrated by students were judged by VIPs at the event, and the best talents were rewarded with various prizes depending on their skills’ categories.