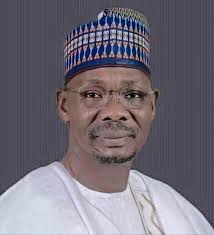 As part of his administration’s commitment to boosting agricultural production in the state, the Governor of Nasarawa State Abdullahi Sule on Wednesday flagged off the sale of fertilizer for 2022 dry season farming in the state.

Addressing stakeholders at the flag-off ceremony in Lafia, the governor indicated that fertilizer was procured at the rate of N9,300 but would sold to Farmers at the rate of seven thousand N7,000, only.

The governor however explained that Nasarawa State is the highest cassava producer in the region, and second in yam production in the country.

He explained that Government has given priority to Agriculture in order to ensure food security in the state.

He however warned chairmen of 13 local government areas in the state and political stakeholders that the state government will deal decisively with any person found to be involved in diverting the products from the beneficiaries.