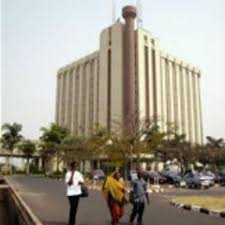 AS part of effort to meet with the digitalization policy of the Federal Government, the Radio Nigeria’s Horizon FM in Dutse, Jigawa State has launched a new 5 kilowatts transmitter which is expected to boost the quality and reach of transmission of the station.

He expressed appreciation to the management of the Federal Radio Corporation of Nigeria, particularly the Director-General, Dr. Mansur Liman and the Zonal Director, Kaduna, Alhaji Buhari Auwalu for their commitment in ensuring that the new transmitter was procured for the station.

Barnawa noted that the installation of the new transmitter will boost the morale of the staff of the station and make its operations more efficient.

He highlighted some challenges facing the station to include the lack of a recording studio and a digital consul at the live studio while expressing optimism that more equipment will be provided for the station to make its operations fully digitized.

In his remarks, Engineer Cliff Adikwe, who represented the company that installed the transmitter explained that the firm will also train the station’s engineers on how to operate and maintain the equipment.

He said with adequate cooling the transmitter could run for twenty-hours a day and last for the next ten years.