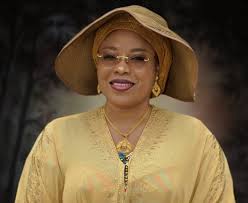 They described the duo as highly revered individuals that are worthy of emulation by both the Private and Public Sectors.
The National Coordinator Comrade Emmanuel Onwubiko
Made the disclosure on behalf of the Governing Board and the over ten thousand registered members of the Civil Society Organisation in a Media statement.
He indicated that the duo were unanimously selected based on merits, competences, avowed commitments to selfless public services and for their distinctive and charismatic leadership qualities they have brought to bear in the discharge of their Legislative and Ministerial duties to the generality of Nigerians.

Senator Abaribe, HURIWA said, has carved a niche for himself as the significant voice of the people in the National Assembly and as a Servant of Constitutional Democracy.
Continuing he said Abaribe has consistently stood his ground and galvanised the political opposition to render qualitative and structured opposition to some attempts at gagging the Press and passing draconian Legislations to attack Fundamental Human Rights of the Citizens particularly the attempt to muzzle access to Social Media.

HURIWA described the Minister of State for FCT, Hajiya Ramatu Tijjani Aliyu, Ph.D as one of the finest and committed believers in humanitarian services to the poorest of the poor and she brought her charismatic leadership skills to bear in the handling of distribution of relief materials at the onset of the Pandemic of COVID-19.
Onwubiko said she demonstrated the uncommon passion for combating poverty and unemployment amongst rural dwellers during the period.
“The FCT Minister of State, Hajiya Ramatu Tijjani Aliyu, Ph.D is known not to interfere with the Democratic Governance of Area Councils in the Federal Capital Territory (FCT) and therefore, entering the pantheon of one of the most beloved Iconic Promoters of Democracy. “

Abaribe was elected to the Senate in 2007 and has been representing Abia South Senatorial District till date.

Before 2007, Senator Abaribe was Abia State’s Deputy Governor from May 29, 1999, after Orji Uzor Kalu’s 1999 election to the Governorship until he resigned in March 7, 2003 – before the third attempt to impeach him became a reality. He holds the title Nwadiohanma Ngwa.

HURIWA’s Man/Woman of the year 2021 in every sense have manifested rich rapporteur of the distinctive leadership style with a focus towards taking the Citizens to their better selves economically and socially.