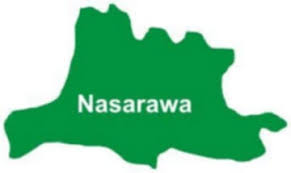 A group under the auspices of Migili Cultural Development Association (MCDA) has decried lopsidedness in appointments by Governor Abdullahi Sule of Nasarawa State.
This was contained in a press statement that was signed by the National president Hon. Philip Ajeh which copy was made available to newsmen in Lafia, the state capital.

The statement said the Migili nation has suffered serial marginalization and exclusion in the state executive council since the advent of the present administration of Governor Sule.

According to the statement, “This has given rise to several interpretations and concerns within the Migili nation and the entire state since this is happening for the first time after the creation of Nasarawa State in 1996.

“The MCDA is deeply worried about this development and we believe that there must be reason for such exclusion which the Migili nation deserved to be informed by the state Government instead of allowing the public to rely on assumptions or speculations.

“The Migili Association is also worried that there is serious Communication gap between the Governor and the Association given the fact that our earlier request to visit the governor didn’t see the light of day,” The statement reads.

The group further lamented that the new cabinet has been formed and again the Migili nation who were enjoying the slot of commissionership since the creation of the state has been excluded.

He however explained that Migili nation is spread across the southern part of Nasarawa State with their voting strength in Obi LGA which they are controlling five electoral ward out ten electoral ward in Obi Local Government Area.

The group however regretted the unfriendly disposition and treatment the tribe has suffered since Governor Sule took over, noting the Migili would decide their fate in the 2023 election if urgent action is not taken.