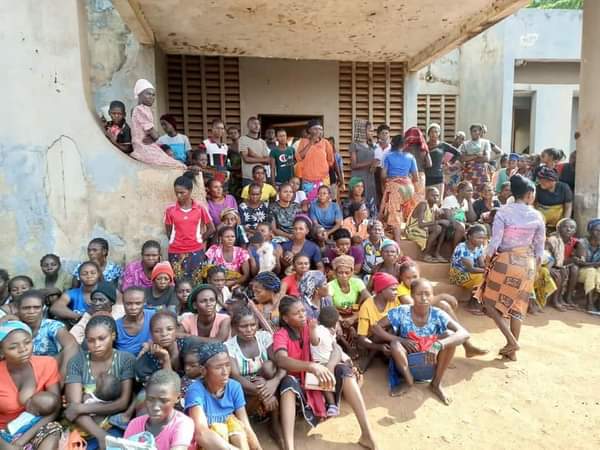 Following the murder of 45 farmers by killer herdsmen, over 5000 Internally Displaced Persons IDPs are currently in three camps amidst cold weather and no food situation.

The IDPs who are mainly Tiv fled their homes over fear of further attacks by the rampaging killer herdsmen in Awe, Obi and Lafia local councils.

Our correspondent who visited some of the IDPs camps noted that children and women form the majority with little or no sleeping spaces and poor sanitary facilities.

At the time of the visit majority of the IDPs said the state government had not send any relief materials to them.

Some of the women who spoke to our reporter lamented over the untold hardship and neglect they have suffered since they fled their homes for safety at the camp.

Mr. Ugba lamented why the Tiv tribe in Nasarawa are constantly been attacked and slaughtered by fulanis for no just course.

Mrs. Tawese regretted that they left their homes with nothing to cater for themselves and wards.

“Christmas is just three days and we are in IDPs camp where there are no bed, good water, no where to ease ourselves, no food to eat, cold almost killing us here because we are Tiv tribe”, Pev lamented.

The president of the Tiv association in Nasarawa state, comrade Peter Ahemba appealed to the state and federal government to deploy security operatives to the affected communities to restore peace, noting that the people need to go back to their homes to harvest their crops.

” it is sad to watch women, children spend the festive season in IDPs camp with the unfriendly weather, congested spaces, starvation and all you could think about, I feel sad”, Ahemba lamented.

Ahemba who regretted that his people are constantly under attack by Fulani in the state urge the state and federal government to come to the aid of the displaced persons because the condition of the IDPs would likely result into outbreak of diseases.

Meanwhile the presidency in a condolence message acknowledged and convey their Sympathy to the state government and the Tiv nation over the killings of the 45 farmers.

“I assure the people with all seriousness and sensitivity that this administration is doing its best to safeguard the security of people and will leave no stone unturned in fishing out the perpetrators of this senseless and barbaric incident, and bring them to justice,” he said