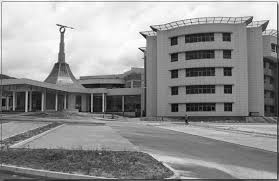 A recent claim made by the Office of Auditor General of the Federation on alleged N375.8million vehicle purchase by the National Institute for Legislative and Democratic Studies (NILDS) in 2016 has been debunked by the institute

The AGF had in the 2016 Audit Report, alleged that NILDS cornered N36 million from inflation of prices of 11 vehicles it purchased in the year totalling N375.8million .

AGF in the Audit report, also alleged that NILDS under the leadership of Professor Ladi Hamalai, also illegally paid N67million into another account.

The query reads, “At the National Institute for Legislative Studies, it was observed that 11 (eleven) motor vehicles were purchased at a contract sum of N375,867,000.00 (Three hundred and seventy-five million, eight hundred and sixty-seven thousand naira) in April 2016. Examination of the Capital Account Cashbook revealed that an additional sum of N36,610,000.00 (Thirty-six million, six hundred and ten thousand naira) was paid in favour of the contractor in September 2016 under the same contract, without approval.

“The Management of the Institute should justify the overpayment, which is in excess of the contract sum, otherwise the sum of N36,610,000.00 (Thirty-six million, six hundred and ten thousand naira) overpaid should be recovered from the contractor and recovery particulars forwarded for verification.”

Another query reads, “Payments totalling ₦67,296,478.00 (Sixty-seven million, two hundred and ninety-six thousand, four hundred and seventy-eight naira) were revealed to be made to payees other than the payees specified in the payment vouchers.
“This is contrary to the provision of FR 613 which stipulated that “Payments shall be made only to the persons named in the vouchers or their properly authorized representatives. This irregularity could result to diversion and misappropriation of government funds.

“The Director-General is required to recover the total sum of ₦67,296,478.00 (Sixty-seven million, two hundred and ninety-six thousand, four hundred and seventy-eight naira) and refund back to Treasury with evidence of recovery forwarded to my office. 88 Office of the Auditor-General for the Federation.”
But, NILDS in its response to the queries as made available by the Senate Committee on Public Accounts, investigating the queries, said the alleged N36million difference in the vehicles purchase arose from price variation due to change in the model of the vehicle supplied and was done with full approval of appropriate authorities and in line with laid down proceses and procedures.
The Institute on the alleged N67million paid to payees not on vouchers, said the infraction has been sorted out with the contractors who supplied the vehicles.

Meanwhile, the Chairman of the Senate Committee on Public Accounts, Senator Mathew Urhoghide (PDP Edo South), has directed the Clerk of the Committee to invite NILDS management for physical appearance and defence of the queries.