Open Letter to Mr. President on the Withholding of his assent to the electoral bill 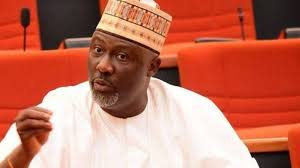 With due respect Mr. President, the reasons adduced by you for the rejection of the Electoral Amendment Bill is grossly misleading and preposterous. You said amongst others that there will be a significant spike in the cost of conducting primary elections by parties as well as increase in the cost of monitoring such elections by INEC who has to deploy monitors across the wards each time a party is to conduct direct primaries for the presidential, gubernatorial and legislative posts.
Interestingly and disingenuously Mr. President, you forgot your Party, All Progressives Congress (APC) adopted direct primary for the emergence of its presidential candidate in 2019 and you applauded the process as the best. Mr. President, being a beneficiary of direct primary and applauds you gave after the process, you should have known better, yet you denied Nigerians the benefit of same because of few egotistic individuals who do not mean well for Nigerians.
Mr. President, you also stated that conducting and monitoring primary elections across 8,809 wards will pose huge security challenges as the security agencies will be overstretched. And premised these on the fact that direct primaries will be open to participation from all and sundry and such large turn-out without effective security coordination will also engender intimidation and disruptions, thereby raising credibility issues for the outcomes of such elections.
Mr. President may I categorically state that only valid point you made above is that there will be an open participation by all and sundry and that is the beauty of democracy and what millions of Nigerians are advocating for, where People will turn-out to vote for their favourite candidate, to decide collectively the flag bearers of their respective political party and not by selected individuals known as delegates who can be bought over. You may also wish to know that direct primary election will raise political consciousness and satisfies the democratic principle by its openness and awards mass participation in political decision making of the country.
Secondly Mr. President, when the security architecture of our dear country is in order, we will not be talking of security challenges neither will the security agencies be overstretched. I also use this medium to inform you Mr. President that Nigeria in recent times has witnessed an unprecedented level of insecurity. I can boldly say that Nigeria is facing its major security nightmare lately. We can no longer sleep with our two eyes closed.
Mr. President you said that the proposed amendment may also give rise to plethora of litigations based on diverse grounds and issues of Law including but not limited to the fact that the proposed amendment cannot work in retrospect given that the existing constitution of the Parties already registered with the Independent National Electoral Commission (INEC) permits direct, indirect and the consensus primaries.
Mr. President, the above reason is indeed laughable, may I inform you that indirect primaries have caused more harm than good for our democracy. The number of litigation that is experienced after each party primary election is alarming. We have heard of parallel primaries elections as a result of indirect primary. I also wish to state that there won’t be need for litigation in a transparent direct primaries. A direct primary election that will be free and fair and allows everybody to participate. Mr. President, your Party has also experienced this and there was no litigation that arose from it.
Furthermore, the second limb that the proposed amendment cannot work in retrospect given that the existing constitution of the Parties already registered with the Independent National Electoral Commission (INEC) permits direct, indirect and the consensus primaries is grossly misleading. Mr. President, the Constitution, the Electoral Act and indeed INEC, are to regulate the activities of all political parties, including their various constitutions. Thus, the constitutions of all political parties are to conform to these laws and not the other way round. It is the political parties that will amend their constitutions to conform to the provisions of the Electoral Act. That being the case, the bill cannot be said to violate the constitution of the political parties.
Finally Mr. President, direct primary is in consonance with section 223 of the 1999 Constitution as amended which has imposed a duty on political parties to elect their officers through democratic elections. There is no provision in the Constitution for the imposition of candidates by money bags through indirect primaries, which represent what we practice today.
In conclusion Mr. President, I will end by reminding you that since you assumed office, you have withheld your assent to all amendments of the Electoral Act, even though you promised electoral reforms during your campaigns. You have retained all the manifest flaws bedeviling our electoral system, from which obviously you and your ruling party are benefiting to the detriment of our democratic advancement. Mr. President, having rejected to assent to the Electoral Amendment Bill in 2018 and 2021, you have confirmed beyond any reasonable doubt that your administration will not allow the Independent National Electoral Commission to conduct credible elections in 2023. I therefore crave your indulgence to have a rethink about the electoral bill and avoid the tragic legacy your action may cause to our dear Nation.