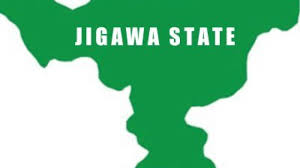 The Jigawa Youth Concern (JYC) forum has written to the commissioner of police in the state seeking for protection/guidance on an organized peaceful demonstration scheduled to hold on Saturday in Dutse the capital against the biting economic hardship and security challenges bedevilling the country.

The letter reads, “The Jigawa Youth Concern has decided to embarked on a peaceful demonstration as part of the effort to finding solution to the recent socioeconomic hardship caused by the failed APC administration”.

The youth stated in the letter that “As citizens of Nigeria, section 40 of the 1999 constitution of the federal republic of Nigeria (as amended) says every person is entitled to assemble freely and associate with other persons for the purpose of general planned recreation and or socioeconomic resolutions”.

It maintained that, the forum has already informed all the relevant agencies while they also invited the general public to join in the demonstration for a better future for Jigawa state.

“Therefore we the youth of the above named forum are seeking for your protection/guidance with regards to issues already enumerated in the statement.