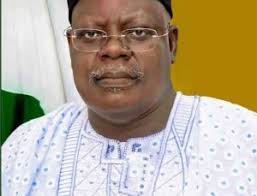 The House of Representatives panel on Public Account chaired by Dr Busayo Oluwole Oke(Osun-PDP) has summoned the Clerk to the National Assembly, CNA, Architect Amos Ojo to appear before it over the multiple audit queries raised by the office of the Auditor General of the Federation against the Management of the National Assembly

The chairman who gave the order on Friday indicated that it has become imperative following the rumour making the rounds and the public outcry especially by the civil Society organizations that a whopping amount of money was missing in the National Assembly.

According to Oke, “This committee is thereby summoning the Clerk to the National Assembly to appear before it on December, 22nd this year to explain and respond to the Auditor General’s queries.

The office of the Auditor- General of the Federation (AuGF) in its 2019 Annual Audit Report had indicted the Management of the National Assembly over how it spent funds running into billions of naira without necessary documents to back them up.

The AGF, Aghughu Adolphus, in the audit queries uncovered how over N8.5 billion from the funds released to the National Assembly were expended within the period under review without evidence.

The report, submitted to the Clerk to the National Assembly in August this year as required by the constitution, said the monies under scrutiny were not backed by vouchers and retirement documents.

It was reported that for over a year, the Senate Public Accounts Committee had been investigating expenditures of federal government agencies from 2015 – 2018 based on a report by the Auditor- General for the Federation.

The CNA is being expected by the invitation to appear before the House of Representatives Committee on Public Accounts on Wednesday this week.