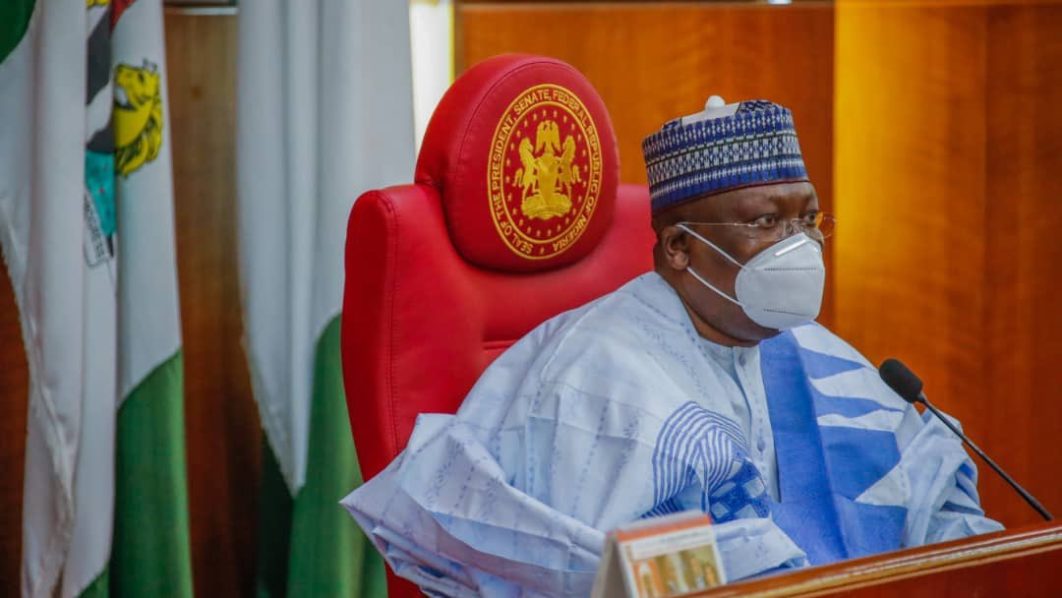 After all the ground standing by some senators on Tuesday when they threatened fire and brimstone on their determination to override the President they finally chickened out on Wednesday at plenary.
It would be recalled that
Senator representing Benue South Senatorial District, Abba Moro had given the assurance that majority of senators including himself are prepared this time around to override the President.

Also Senator George Sekibo (PDP River East) disclosed that about 73 signatures of aggrieved lawmakers have been collated adding that there is no going back on the decision to override Buhari.
However after their close session they eventually tried to save their faces by declaring that the Senate consequently resolved to consult with the house of representatives in January when the Senate and the house will be in session.
Lawan said they discussed on the way forward.

“We deliberated on matters relevant to the workings of the Senate in particular and the national Assembly in general. The Senate also resolved in the close session discussed how to respond to the letter of Mr president on the electoral bill amendment.

“The Senate consequently resolved to consult with the house of representatives in January when the Senate and the house will be in session.