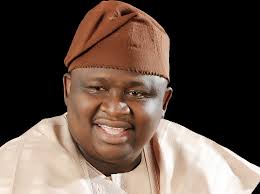 The Senate has passed the Finance Bill 2021, transmitted to the National Assembly by President Muhammadu Buhari, on December 7, 2021.

The passage of the bill coming two weeks later, followed the consideration of a report by the Joint Committee on Finance; Customs, Excise and Tariff; Trade and Investment.

Chairman of the Joint Committee, Senator Solomon Olamilekan Adeola, in his presentation, said the bill seeks to support the implementation of the 2022 Federal Budget of Economic Growth and Sustainability by proposing key specific taxation, customs, excise, fiscal and other relevant laws.

According to the lawmaker, a total of twelve Acts were amended under the finance bill which contains thirty-nine clauses.

“The Finance Act 2020 was predicated essentially on having no new taxes and no new incentives due to the COVID -19’s impact on the economy as such it was structured across four broad thematic areas; Enacting counter cyclical measures and crisis intervention initiatives; Tax, fiscal responsibility, and public procurement reforms; Reforming fiscal incentives policies for job creation; Ensuring closer coordination of monetary, trade and fiscal policies; and Enhancing tax administration”, Senator Adeola said.

The Joint Committee, based on its observations, accordingly, recommended 5 percent Capital Gains Tax to be imposed on shares’ disposal transactions where gains exceed N250m in 12 calendar months.

It recommended that Gaming and Lottery Companies be taxable, as well as Oil and Gas Companies.

It underscored the need for Midstream and Downstream Oil and Gas Companies to be made liable to corporate tax without the benefit of tax exemptions for firms exporting goods to earn foreign exchange.

The Committee observed that doing so would prevent Double-Dipping by Gas Utilization Companies such that they cannot claim both (1) 3-year Tax Holidays; as well as (2) Petroleum Profit Tax Act Incentives or (3) Pioneer tax Holidays under IDITRA.

It sought more powers for the Federal Inland Revenue Service (FIRS) to collect NPTF levies on Nigerian Companies on behalf of the fund and to streamline tax levy collection from Nigerian Companies in line with President Buhari administration’s ease of doing business reforms.

The Joint Committee also harped on the need for the Federal Government to ensure that FIRS deploys both proprietary and third-party tech applications to collect information from taxpayers, enhance confidentiality and non-disclosure and to enable them investigate tax evasion and other crimes and sanction non-compliant tax payers.

It further called for FIRS to be empowered to assess Non-Resident Firms to tax on fair and reasonable turnover basis on Turnover earned from digital services to Nigerian customers, with a further mandate to appoint persons for the purpose of collection and remittance of non- resident taxes.

It urged the government to mandate FIRS as Principal Tax Revenue Collection Agency to collaborate with other law enforcement MDAs in streamlining Tax Collections by enhancing Public Financial Management reforms.

According to the Joint Committee, doing so would reduce revenue leakages and better track actual expenditure to revenue performance in line with the provision of the Constitution of the Federal Republic of Nigeria 1999 (as Amended), Fiscal Rules and other Extant Money Acts.

It also called for the diversification of Nigeria’s revenue from Oil sector to other sectors to fund critical expenditures.

The Committee while demanding an increase of 0.5 percent in educational tax, pushed for close monitoring of unfolding development and policies on VAT, Tax Incentives, Projected increase Tariff on Tobacco, Alcohol and Carbonated drinks to fund vital expenditure on Health, Education and Security, with a possibility of introduction of new taxes, tariffs and levies as the economy recovers.