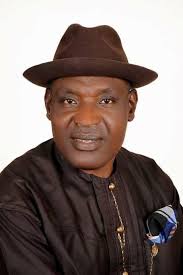 Senator Biobarakuma Degi-Eremienyo (Bayelsa East) has re-echoed the untold hardship being experienced by his constituents on account of unwholesome activities of AITEO Eastern Exploration and Production Company Limited in Opu Nembe.
The lawmaker, while coming under order 42 and 52 of the Senate Rules during plenary on Tuesday, expressed concern over the continuous gushing and spewing of oil and gas into the waterways and mangrove vegetation of Opu Nembe area of Bayelsa state, from a long sealed, non producing oil well 1, Santa Barbara OML 29 belonging to AITEO Eastern Exploration and Production Company Limited.
He sponsored the motion,
“The extremely urgent need to stop the continuous crude oil and gas blow out spill at Santa Barbara well 1, OML 29 operated by AITEO Eastern Exploration and Production Company Limited in Opu Nembe, Bayelsa State.”
He expressed concern that even though same oil well has witnessed several oil spills in previous years, the current incident borders on catastrophe due to a long period of accumulated oil and maximum pressure from piled up gas in the well. “The magnitude of this incident is of an extremely high order, the first of its kind in this part of the world;
He also expressed worry that the entire mangrove forests and aquatic life have been adversely affected by the methane gas, as rainbow-like sheens are seen on the water body around the point of incident down to the shoreline

He indicated that dead fishes are also seen floating within the impacted area and fishing activities totally crippled, with the direction of the wind blowing onshore towards the community from the point of the incident
According to him, during the just concluded global Climate Conference (COP26) held in Glasgow, Scotland, world leaders gathered to encourage nations to implement international best practices in cutting off such emissions into the entire ecosystem.
He said the Nigerian Government well represented by our dear President in our contribution to global climate action.

He noted that while the policy on divestments by IOCS in exploration and production of oil and gas is a welcome development as it creates space for indigenous companies to invest and grow in the industry, such opportunities should be accorded to indigenous companies with proven requisite technical and financial competence

“Worried that attempts to stop the continuous oil and gas spill by the operators had failed repeatedly for over one month running, wasting an estimated over 2 million barrels of hydrocarbon and gas, shows a disappointing appearance of technical incompetence in handling the incident on the part of AITEO Eastern Exploration and Production Company Limited;
According to him such magnitude of incompetence is sufficient to attract sanctions such as revocation of their operational license by the regulatory authorities to instill sanity in the oil and gas sector in response to the increased global call for protection of the environment;

He expressed deep concern over the threat that the incident poses to the health of the people of the host communities especially as the air and water have been contaminated, “There is also the possibility of a fire outbreak from the oil well if this wanton release of oil and methane gas continues unstopped”, Biobarakuma said.

The Senate therefore passed resolutions condemning in totality the oil spill at Santa Babara well 1, OML 29 operated by AITEO Eastern Exploration and Production Company Nigeria Limited in Opu Nembe, Nembe Local Government Area of Bayelsa State;
urging the Company to urgently seek, explore and deploy relevant highest level of expertise and technology to stop the spill and prevent the continuous damage to the environment as well as restore the life support system of the people.
The resolution was reached when Distinguished Senator Biobarakuma Degi Eremienyo drew the
attention of the Senate by a motion on the oil spill as a matter of urgent public importance.
The Senate urged the relevant agencies to undertake environmental impact assessment to determine the extent of the pollution with a view to undertaking remediation in accordance with
internationally accepted standards.
The Senate also resolved that the National Emergency Management Agency (NEMA) should as a matter of urgency provide relief materials as this ugly incident has taken a negative toll on the health and wellbeing of the people of the host communities which can be declared a disaster area.
Senate President Ahmad Lawan in his closing remarks said
Indigenous oil companies responsible for the devastation of host communities where they operate must be penalized
“The extremely urgent need to stop the continuous crude oil and gas blow out spill at Santa Barbara well 1, OML 29 operated by AITEO Eastern Exploration and Production Company Limited in Opu Nembe, Bayelsa State.”
The Senate President, said that the National Assembly would insist on companies carrying out their corporate-social responsibilities to host communities under the law.

According to him, doing so would also involve penalizing any company that fails to adhere to operational standards set out by the federal government.

“I feel very sad, that an indigenous oil company for that matter, would be involved in this kind of incident and yet not able to show any capacity

“As a country, we want to promote our local content – indigenous oil companies – to participate in this industry.

“But we are going to insist, whether it is an indigenous owned company any or an international one, that the companies must be responsible to the communities and to us as a nation.

“This is devastation of lives and ecosystems in that part of the country, and I believe that this particular case should be made to be an example of what government and its agencies can do, not only to force the alleged culprit to remedy the environment but also to penalize the oil company for devastating the lives of the people of that area (Nembe)”, Lawan said.