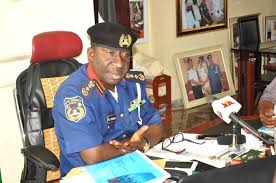 The Nigeria Security and Civil Defence Corps (NSCDC), has deployed 1,200 personnel across all formations and the 25 local government areas in Niger State aimed at beefing up security during, after the Christmas and New year festivities.

The state commandant of the Corps Mr Haruna Bala Zurmi stated this while addressing officers and men of the command at the state headquarters of the corps in Minna Thursday.
He admonished personnel of the command to be more proactive and vigilant, live above board in curtailing any act inimical to security in their respective areas of duty.
He reiterated the need for men and officers of the command to be watchful and to be at alert in arresting any unforeseen circumstances that may pose a security threat in places of worship, amusement parks and recreational centres.
He called on them to always apply the rule of engagement at all times.
While reminding them to ensure the protection of critical national assets and infrastructure with all diligence.

Zurmi called on the deployed officers to exhibit high sense of professionalism in the discharge of their duties.
Equally, commandant directed that plain clothe personnel of the corps should be deployed to all the strategic and entry points to the state capital immediately.
He urged Christian faithful in Niger State to use the Holy period to pray for peace and security of the country and the state over the new COVID-19 omicron variant
The NSCDC boss called on the people of the state to be watchful and go about their legitimate duty and report any strange movement in their midst to the appropriate security agencies for prompt action.