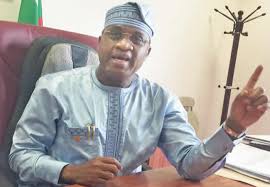 The recent All Progressives Congress (APC) congresses in Zamfara State has no doubt, brought to the fore, critical issues of politics and governance in the northwest state. It also betrayed the desperation of certain self-acclaimed leaders’ quest for power even at the cost of the state on which shoulders they rode to stardom.

The desperation for power by certain elements had put the state on the spotlight since the run up to the 2019 general elections, stunting in its progress for many years, while other sister states prospered.

Ahead of 2023 general elections, the same elements in their blind ambition for power are at it again, deploying every means fair and foul to achieve the intended target. In doing so, they throw reasons to the dogs, shunning dialogue and mediation initiated to douse tension in a state bugged down by lingering insecurity that seemed to have defied all solutions.

When APC elders and leaders, including serving governors, ministers and stakeholders across all divide reaslised the potentials and capability Governor Bello Mohammed Matawalle in driving the party’s development agenda and decided to woo him into the fold, the same self-acclaimed leaders in the likes of Senator Kabir Garba Marafa revolted, threatening fire and brimstone. But the elders and leaders of the party were aware of the advantage of building consensus; of forming a formidable front through the assemblage of high-performing allies like Matawalle for the battle ahead. They ignored the Marafas, and after months of pressure and consultations with the Peoples Democratic Party (PDP) stakeholders in the state, Matawalle succumbed.

It was a decision that understandably elicited commendation within the state and endeared the governor more to the people because of his selfless disposition to service. He could elect to be selfish enough by turning down the offer but he instead, gave in to the pressure because of the many advantages aligning with the government at center will bring to the state.

He also foresaw the unity of purpose such an alliance will forge with other stakeholders in the state, the same stakeholders who fought tooth and nail to prevent his defection because of their parochial political interests. And in their characteristic manner, they fought for larger control of party structure in the state as a precondition for supporting Matawalle who brought all serving members of the State Assembly, all National Assembly members from the state and other stakeholders of note to the table.

It was not surprising that Marafa became the self-appointed deal broker and spokesman of the group; he is the shylock, the vengeful and unremorseful pointman. But he unsurprisingly failed to achieve the desired outcome because Marafa lacked the tenacity of a shrewd negotiator and an understanding of the language of diplomacy. He is the type that takes all and damns the consequences. And today, the party has not been able to forge a common front because of the antics of the Marafas.

He was to show his true colours again during the recent congresses of the party when he broke away with former governor Abdullaziz Yari who he earlier aligned with during the processes leading to Matawalle’s defection, to conduct his own parallel exercises.

It must be noted that despite his antagonism against Matawalle, the governor allowed Marafa to continue with his charade and provide the enabling environment unlike it was the case in Kano, Osun, Ogun, Oyo and other states where such exercises were disrupted by thugs and security operatives. This shows the maturity and magnanimity of Matawalle who, in the face of all provocations, refused to invoke his executive powers against Marafa whose activities could clearly exacerbate tension and breach security in an already volatile state.

However, despite this accommodating disposition, Marafa continued with his uncouth behaviour, disparaging the party leadership and the governor in every given opportunity. And he clearly went overboard with his comments shortly after his sham state congress which produced (what he wants to believe as) parallel executives.

In his reaction to media reports regarding speculation of his alleged plan to dump APC for PDP, he said he won’t leave the party for those he referred to as “labourers, masons, plumbers and carpenters.” He described the speculation as “the wishful thinking of the minions parading themselves as the new owners of APC today,” adding, “We are senior engineers and architects in the project team that designed, built and maintained APC from the beginning to date.”

This is the uncouth Marafa at his best, descending to the lowest ebb of towing the derogatory route of a political thug. Now, who are the “labourers, masons, plumbers and carpenters” that our former senator and self-acclaimed party leader is really referring to in the first place?

Come to think of it, why is he calling out these categories of workers with so much disdain? Marafa, who is an engineer by profession, even if his area of specialization is chemical, should know that masons, plumbers and carpenters are critical stakeholders especially in the building aspect of engineering.

He referred to himself and others like him as “senior engineers and architects in the project team that designed, built and maintained APC” but can the so-called “senior engineers” and “architects” operate without masons, plumbers and carpenters?  In fact, those categories of professionals are the real powers and forces behind building construction and not the likes of Marafa.

It is sad that Marafa failed to realise that power itself is transient. Most of the founding members of the once largest party in Africa, the PDP, have since quit the stage. APC which he claimed to be one of its key stakeholders in the state has its rules and antecedents that serve as its guiding principles. It is a convention that once a governor is elected on its platform, such person becomes the leader of the party in that state. This, the convention, the party’s leadership-led by Buni tried to sustain and uphold by declaring Matawalle the leader of the party but curiously, Marafa who claimed to be one of the architects of the party’s emergence is resisting its rules and convention.

Maybe there was a need to take him through the historical lane for him to understand that his options are quite limited in the party. Ahead of 2015 elections Attahiru Bafarawa, one of the key founding members and financiers of the party had to give way to Governor Aliyu Magatakarda Wamakko. Within the same period in Kano, Governor Rabiu Musa Kwankwaso took the leadership of the party from Ibrahim Shekarau another staunch party man.

Of course they resisted and in protest, defected to another platform but had to return back to the fold after realizing early enough that they cannot be anywhere better than their own home. These are enough lessons for Marafa to accept Matawalle’s leadership and embrace the reality or try his luck in another platform instead of needlessly creating tension and throwing tantrums at perceived enemies.

Meanwhile, the APC congresses have been smoothly conducted from the wards to the local governments up to the state level under the supervision of the national headquarters of the party which deployed its team of persons of good character led by Alhaji Kabir Ibrahim Masari who gave equal opportunities to all contestants.

At the end, many of the leaders emerged through consensus owing to discussions and alignments through a machinery that everyone agreed.

Even after the Masari-led team had finished its assignment, in order to be double sure, the APC national leadership sent in another team led by Alhaji Aliyu Dottiwa Kumo to come and verify if there were any fallouts from the congresses so that an amicable resolution can be carried out.

Kumo’s team made radio and television announcement as well as issued statement for anyone with genuine case from the just concluded congresses to come forward so that the issue would be looked at.

After about five days and without any cry from any quarters, Kumo reaffirmed the election of all the new leaders before leaving the state to Abuja.
Aminu Atiku, wrote from Samaru, Gusau, Zamfara State