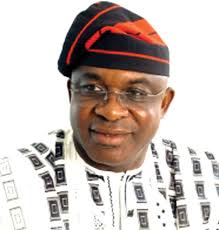 Former President of the Senate, Senator David Mark has pleaded with Nigerians to emphasize on those things that brings peace and unity to Nigeria in the new year rather than ruminating on issues that tends to undermine the cohesion of the country.

The former Senate helmsman in a good will message to Nigerians on the new year, noted that the nation has gone through turbulent times in the recent past, a situation he said need to be reversed for good.

The message which was issued by his Special Adviser on media Paul Mumeh quoted him to have urged citizens to shun those mundane issues of religious and ethnic inclinations that tends to put asunder the peace and national unity.

“The grim reality is that the harsh economy, insecurity in the land and political crises are taking a huge toll on the citizens. The deterioration is unacceptable and cannot continue”, he stated.

Senator Mark stressed “We must avoid those fault lines and work towards cementing the fragmented culture and tradition of brotherhood in the coming years”.

He recalled that the nation has gone through many tortuous journeys to nation hood including but not limited to the 30 months old fratricidal civil strife saying “ we must leave the past to the past and say never again”.

Senator Mark urged the present administration to lead the charge to bring all Nigerians on board by adopting the policy of assimilation and inclusiveness in the affairs of the country.

He expressed the believes that Nigerian citizens are good followers hence governments must put the cards on the table and show the way .