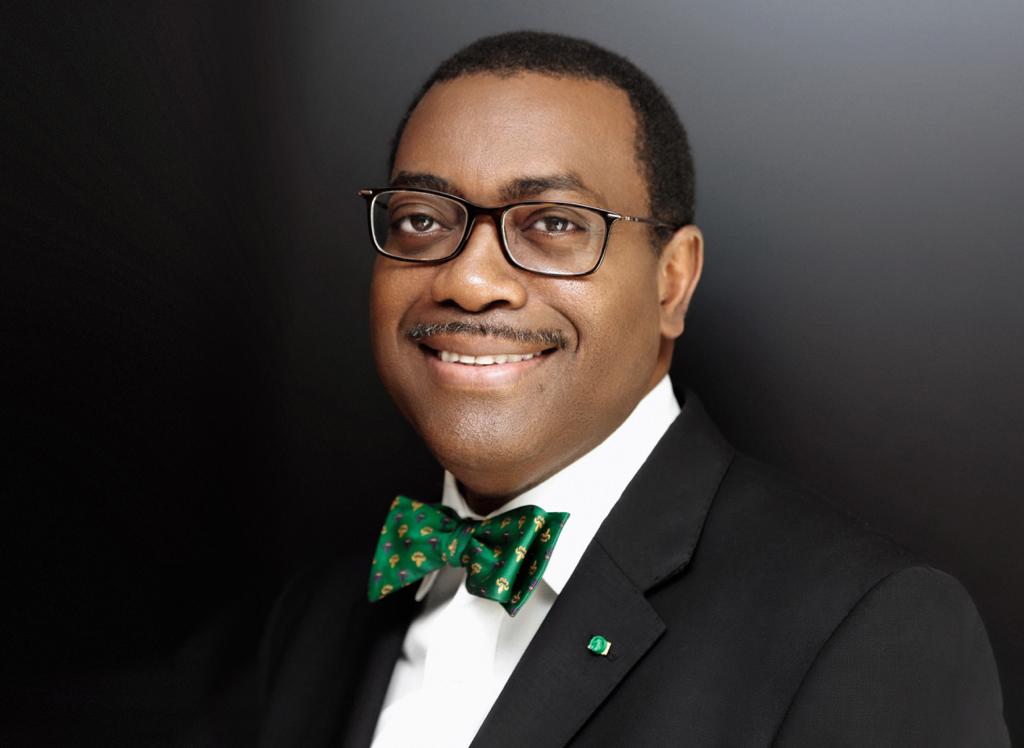 The Prudent Youth Association of Nigeria, has urged the President, African Development Bank Group (AfDB), Dr Akinwumi Adesina to run for office of Nigeria President in 2023 .

The group,, a Civil Society Organisation, made the call in a statement by its Public Relations Officer, Mr Haruna Awode on Sunday in Abuja.

The group described Adesina as a Nigerian with outstanding qualities needed at the critical moment to address the myriad of problems confronting Nigeria as a nation.

The group said that as a former minister of Agriculture and incumbent two term – President of AfDB, given his antecedents, Adesina could be trusted to successfully run the affairs of Nigeria.

“At the moment, Nigeria do not just need people with political exposure to lead as president; the exalted office should be occupied by a young, vibrant, intellectual with experience and focused mind.

“Academically, Adesina has a track record of brilliancy. He was the first to graduate with a First Class Honours, bachelor’s degree in Agricultural Economics, from the Obafemi Awolowo University), Nigeria, in 1981.

“He holds a master’s degree and a PhD in Agricultural Economics (1988) from Purdue University, USA, where he won the Outstanding PhD thesis award for that year.

“He has demonstrated that his outstanding academic performance was not a fluke, as he has applied this in meeting the social and economic needs of humanity at both national and international stages.

The group said that as a former Minister of Agriculture and the incumbent president of AfDB, Adesina had not disappointed or failed the nation, especially the youths.

“The globally renowned development economist, scholar and agricultural development expert, with more than 30 years of international experience has rather proved his worth at every given opportunity.

“It is on record that as the minister of agriculture in Nigeria from 2011-2015, Adesina reformed the sector.

“Within his four years as a minister, Adesina changed agriculture in Nigeria from that of subsistence to a viable business through private sector led investments, while he also expanded the country’s food production.

“Under his tenure, Nigeria ended 40 years of corruption in the fertiliser sector by developing and implementing an innovative electronic wallet system, which directly provides farmers with subsidised farm inputs at scale using their mobile phones.

“Within the first four years of its launch, this electronic wallet system reached 15 million farmers, dramatically transforming their lives.

“The electronic wallet system has now gone global and is currently being implemented in several African countries.”

The group said that in the global stage, Adesina has also demonstrated his capacity, especially at the AfDB where he is currently serving his second tenure as president.

He noted that Adesina assuming office in AfDB came up with five development priorities for the institution, which he termed High-5.

“The High 5s are to: Light up and Power Africa; Feed Africa; Industrialise Africa; Integrate Africa; and Improve the Quality of Life for the People of Africa.

“These focused areas which are essential in transforming the lives of African people and therefore consistent with the United Nations Agenda on Sustainable Development Goals (SDGs), in five years have touched 335 million!”

The group said that aside Adesina’s performance as head of the bank, coming out clean when his integrity was put to test served as proof of what he would bring to the table in running the affairs of the country.

“That he was on Aug. 27, reelected as President of the AfDB Group with 100 per cent votes of both regional and non-regional shareholders — the first of such in the history of the bank since 1964, speaks volume about his personality.

“Looking at his profile and records of achievement, we believe that God has deposited great potential in this scholar and globally renowned economist to further contribute to the development of Nigeria come 2023.

“This is why we are beckoning on him to consider this gesture from Nigeria youths, urging him to run for office of the president in 2023.

“On our part, we will engage with all stakeholders, including youths and women organisations, CSOs and people at the grassroots, to mobilise support for Adesina to come and reform Nigeria for the benefit of our nation and future generation.

“We are hopeful that he will consider this as a beckon on him not just to further serve Nigeria but humanity in general because if Nigeria is reformed the effect on other countries of the world will be unimaginable.”

The group said that haven served at different international platforms with distinguished performance, Adesina has what it takes to reform, reunite and rebuild Nigeria.

Adesina has served as the Vice President (Policy and Partnerships, Alliance for a Green Revolution in Africa (AGRA); President of the African Association of Agricultural Economists;

He has also worked with African Heads of State and Ministers of Finance, leaders in the commercial banking industry and Central Bank Governors across several African countries, as well as Senior Economist and Social Science Coordinator for the International Institute for Tropical Agriculture.(NAN