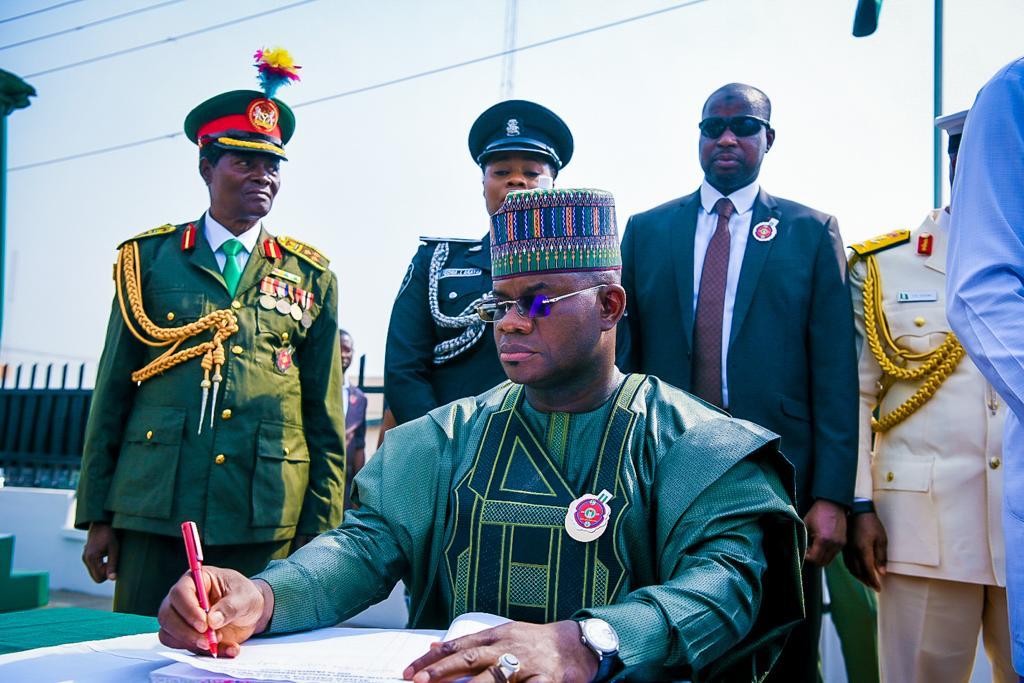 Governor Yahaya Bello of Kogi State has joined other leaders in paying the annual respect to men of the armed forces who lost their lives in active service.

The Governor, on Saturday, attended the 2022 Armed Forces Remembrance Day at the World War I and II Cenotaph in Lokoja, where he laid a wreath in honour of the fallen heroes.

Addressing pressmen at the event, Governor Bello reiterated his administration’s commitment and support to the servicemen and families of the fallen heroes.

“The labour of the fallen heroes who paid the ultimate price to keep the country together shall never be in vain and the only way to ensure that happens is for the government at all levels to rise up in ensuring a peaceful society,” he said.

He further stated that his administration will continue to prioritize security of lives of all citizens and residents of the state, noting that the welfare and logistic support to servicemen in the state remain paramount.

However, responding to the questions on calls for him to join the 2023 presidential race, the governor said he not oblivioud of such calls from “every part of the country including youths, women organisations and associations.”

“I will respond to the calls loud and clear at the appropriate time,” he assured.

Also, he commended the APC’s Caretaker Extraordinary Convention Committee Chairman, Mai Mala Buni, for repositioning the party, noting that the effort is geared towards the forthcoming convention of the party.

According to the Governor, the APC under the leadership of Mai Mala is more formidable in strength and membership.