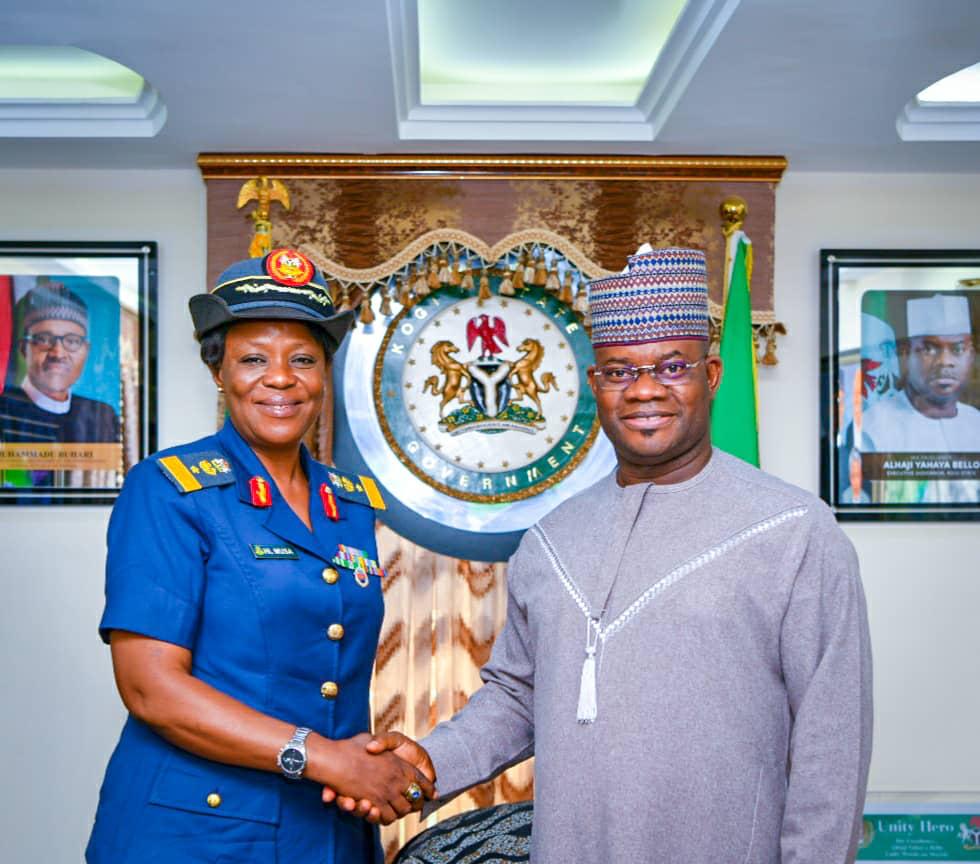 Governor Yahaya Bello of Kogi state on Monday, played host to Halima Musa, the first female Kogi state indigene to attain the Air Commodore rank in the Nigerian Airforce.
A statement by the Chief Press Secretary to the Governor Onogwu Muhammed said Air Commodore Musa, who is the second woman to be promoted to that rank in Nigeria’s history, visited the Governor in the early hours of Monday.
The statement quoted Governor Bello while receiving the top Airforce officer to have expressed joy and congratulated her on her recent appointment, noting that she has made the state and the nation proud.

The Governor noted that women have contributed meaningfully to development of the country stating there was need to give them more opportunities to thrive.

While recalling the contributions and exemplary professionalism of Kogi citizens in the Nigerian Air Force and Armed Forces in General, Governor Bello said Air Commodore Musa has opened another beautiful chapter in the history of Kogi State.
Earlier, Air Commodore Musa thanked Governor Yahaya Bello for standing with the people of Kogi State at all times.
The Governor also congratulated Officers from KOGI State in the Last Nigerian Army Promotion Exercise in December who included

Governor Bello urged the newly promoted military officers to continue to be good ambassadors of the state and Nigeria at large .