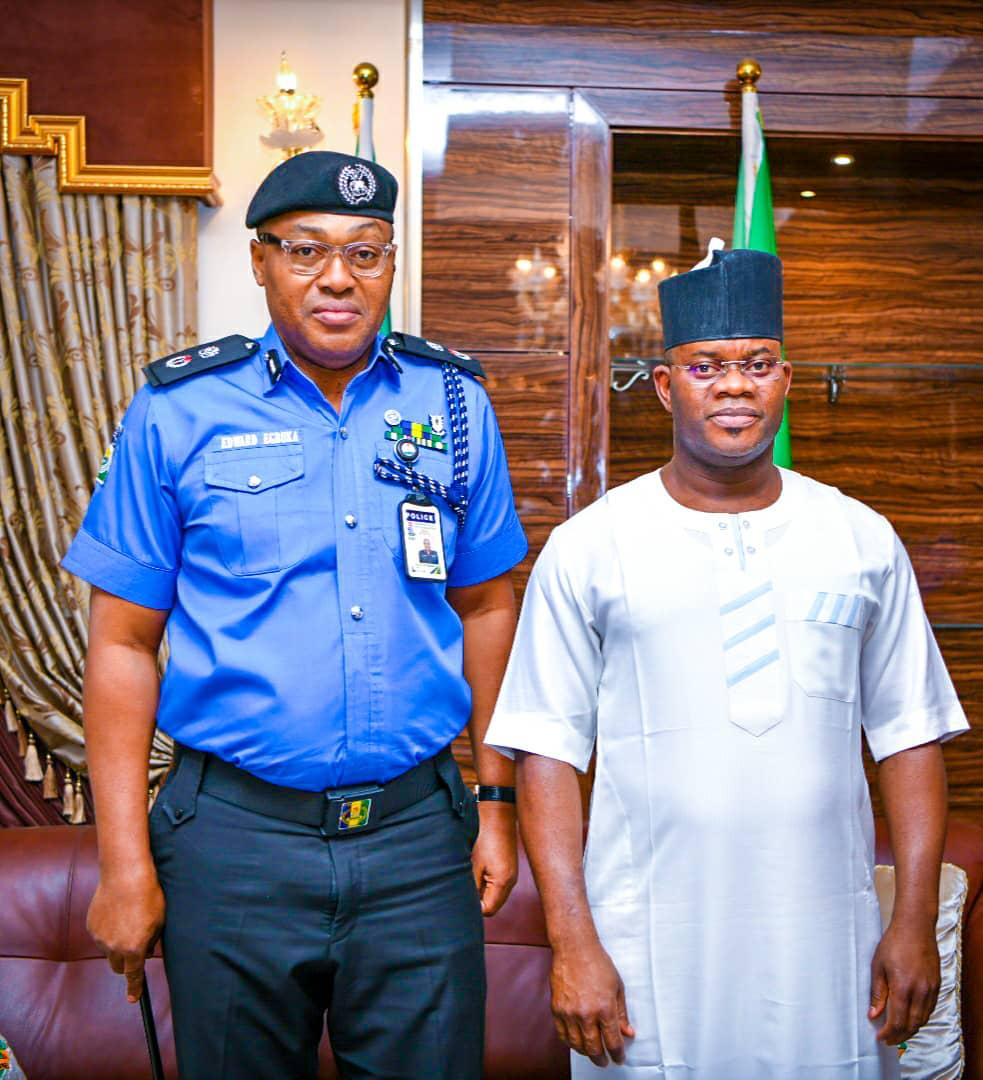 Kogi State Governor, Alhaji Yahaya Bello on Thursday received the new Commissioner of Police, Kogi State Command, Mr Edward Egbuka at Lugard House, Lokoja.
A statement issued by his chief Press secretary Muhammed Onogwu said governor who congratulated the CP assured him of his administration’s readiness to cooperate with him and his men as well as other security agencies in the state in ensuring peace and security in the state.

The governor disclosed that CP Egbuka was part of the successes they achieved in Kogi when he came onboard and he was one of the pillars in the fight against insecurity.

“He was gentle to the innocent and merciless to the criminals”, he said.

He said CP Egbuka has done so well where he has worked before coming to Kogi adding that he is confident that he will do more in the state.

Bello said he was aware that the CP has come to add to what they had achieved in the area of security in the state adding that going forward, Kogi shall export security to other neighbouring states in protecting their borders .

Earlier, CP Egbuka congratulated the governor on his exploit in securing the state.

He said: “Your Excellency, Kogi is not a new state to me. I’ve served here as Deputy Commissioner of Police, Operations. I know your passion for security. I know how it was before you came and what you have done till this moment.

“Your Excellency, I am aware of how you took Kogi by storm, the North Central by storm by rooting out criminal elements from Kogi. You have received awards as the best governor on security from organisations, security establishments, private and corporate bodies and I believe, sir, that as you round off your tenure and move to a higher position, you will round up well, sir.

“I pledge my support and cooperation and once again, it will be obvious to everybody that Kogi will continue to enjoy improved security. Sir, today is not a speech making day, I’ve just come here to introduce myself to you and we shall hit the ground running’