Cannibalism: Celebrating a Breakthrough in Zamfara 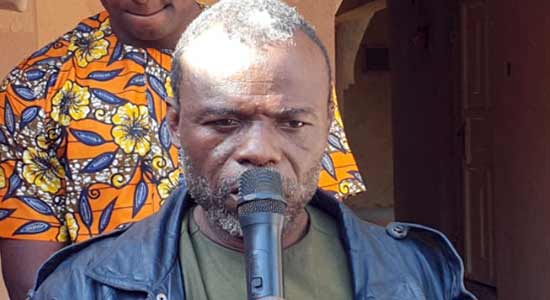 The arrest of a self-confessed cannibal, 57-year-old Aminu Baba and some of his accomplices by the Zamfara State Police Command, which hit the news wave on Thursday January 13, is no doubt a significant breakthrough in the ongoing efforts to rid the state of criminal elements.

Baba and his accomplices were  paraded by no other person but the Commissioner of Police, Ayuba Elkana at the command’s headquarters before newsmen, conveyed the shocking information to various homes and streets.

Baba told the bewildered journalists he did not only deal in human parts for monetary gains but served same as part of his menu during breakfast, launch and dinner.

“I paid them N500,000 for each of the killing of the two young boys. We removed penis, eyes, intestines and Esophagus and I used to eat these human organs and sell the remaining parts to those who need them,” he said.

Before the long arms of the law caught up with him, Baba hid behind the garb of a vehicles entrepreneur, dealing in all brand at a popular mart named, Aminchi Motors in the state capital.

The vehicles dealership, as it turned out, was just a front for a more enterprising human parts business under which shadows many people must have disappeared.

For this singular feat, the Nigeria Police and indeed the state police command and other security agencies through whose resourcefulness and commitment the discovery was brought to the fore deserved our commendation.

In the same vein, the state government, under the leadership of Governor Bello Matawalle also deserved a thumbs up for collaborating with the police and other security agencies in the state and providing the much needed enabling environment for them to perform.

In such collaborative gesture, Governor Matawalle in July 2020, donated 200 patrol vehicles to security agencies to enhance their operations, as part of efforts to strengthen the fight against kidnapping and banditry as well as other crimes in the state.

Beyond the vehicles, Matawalle also instituted a monthly imprest for the security agencies, as well as providing them with decent office and residential accommodations and other operational equipment. The gestures had gone a long way in boosting their morale and greatly enhanced and improved their capacity to rid the state of crime.

He was to add additional 100 vehicles to boost the operations of security agencies later in his bid to further securing the state. This is outside his donation to them when his administration clocked 100 days in the office earlier.

Many are wont to argue that the state government has no business assisting the security agencies with material support to aid their operations and may add that such responsibilities are within the purview of the federal government.

However, it must be pointed out that the federal government with all its might cannot perform its function in isolation and requires collaboration especially from the states in which it’s personnel are intervening. The same way the state government cannot effectively perform in certain areas without the support and collaboration of the citizens and residents.

Like Governor Matawalle had repeatedly pointed out in the past, security of lives and property is everyone’s business, and every citizen and resident of Zamfara State have a role to play in tackling crimes and crminalities in the state.

There could be more Baba cohabiting with us and operating behind a veil, but it is our responsibility to look beyond the veil in order to really understand what is happening.

By being vigilant, we could save lives of those who may be lured into the abyss and also protect the main victims whose blood will be used to water the fortune of their prosecutors.

Due to our lack of vigilance,  Abdulshakur Mohammed, 20; Buba, 17; and Tukur, 14 became recruits that oil Baba’s nefarious activities. Today, they are tagged as his accomplices and are already standing trial in the court of public opinion. In the coming days or weeks and even months, they are likely to be sentenced which may be life imprisonment or even death at such young and productive ages because their society failed to do what they were supposed to do initially.

Because of our negligence, Ahmad Yakubu, 9, went missing and later hacked to his early death through the ritualists’ knives and his body parts wet the appetite of savages. Like Ahmad, we failed other youngsters who were similarly slaughtered in their primes in the past.

On a larger scale, our negligence strengthened banditry activities which sought to consume us all today.

Instead of pointing the perpetrators out, we accommodated them and even point out our brothers to them to be abducted and killed.

We became their accomplices, their informants even as the wealthy ones among us sink money into their operations. And today, we can hardly sleep in our houses, ply the roads neither can our children go to the schools. And in a bid to exonerate ourselves, we blame others who are striving to rid our society of the mess we created.

Some dared to blame Governor Matawalle for not doing enough. They sabotaged his peace deal which drew bandits out of their hideouts; the deals which saw many of them surrendering hundreds of arms and ammunition,  the deal which got many of them to renounce their criminal activities and released kidnap victims unconditionally.

In order to show commitment to the state, be seen as God fearing, be seen as those having nothing to do with these acts of banditry, all especially politicians who see themselves as opposition must join Matawalle, perhaps take the challenge earlier posed by the governor by swearing with the Holy Qur’an that they have nothing to do with the dastardly acts. Many people in the state were disappointed in the political leaders who are now in the opposition or have refused to identify with Matawalle with vehemence by their refusal to sympathize with the government when scores were recently killed by bandits in the two local government areas of Anka and Bukkuyun. Rather, these people were either challenging the figures of the deceased persons as released by security agencies and the Emirs of Anka and Bukkuyum or at some point, they were celebrating what they unfortunately saw as Matawalle’s inability to end the carnages, even though they know that his role is limited.

It should not be forgotten that people from far and near rushed to the state to sympathise with the government and people while those who placed political undertone to the matter even as indigenes of the state kept mum.

The federal government had sent a high powered delegation led by the Minister of Defence, the Izalatul Bid’a Wa Ikamatus Sunnah group under its National leader, Sheik Bala Lau and the Jamiyatul Ansarudinee Attijaniyya World Secretary General Sheik Muhammadu Lamin Sheikh Ibrahim Nyass were all in the state as well as the APC National Leader, Asiwaju Bola Ahmed Tinubu were all in the state for sympathy, so possible reason does one have under opposition to refuse to even send a letter to console the people and government as indication that we are inseparable when bereaved.

As it is now and with cannibals emerging in the society, it behoves on all to join the governor in order to end these criminalities because the man-eaters like the bandits will not select a Matawalle supporter’s child and leave the other who is son to opposition.

They have now also resorted to banding and manufacturing statistics of brothers and sisters who are daily murdered due to their collective negligence instead of joining Matawalle in his efforts aimed at ending the menace. But how long  can they continue on this road; how long can they sustain the tempo? Only time will tell.