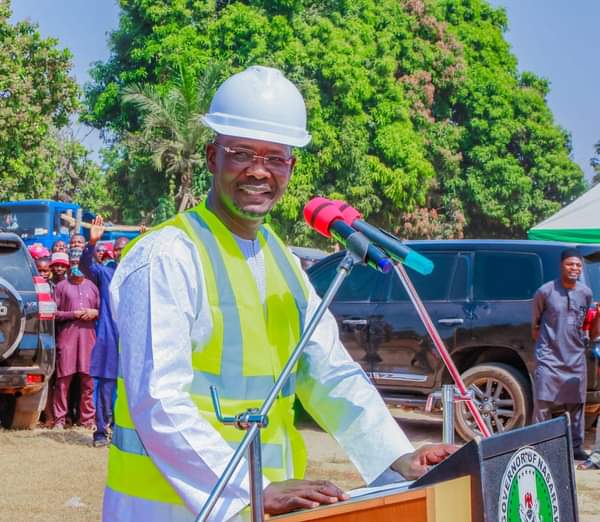 Governor Abdullahi Sule of Nasarawa State has
flagged off the construction of 24 kilometres Idadu-Agbashi road at the cost of N3.2 billion.
The project the Government said is part of it’s determination to open up rural communities for easy movement of agricultural products to urban centers.
Speaking at the flag off of the road at Idadu in Doma Local Government Area of the state, the governor said the project was awarded to Road and Bridge International Nigeria Limited.
Sule assured the people of the State that he had already saved money enough for the construction of the road before the contract was awarded.

Sule recalled that he earlier promised to construct the road during the 2019 electioneering campaign.

The governor further stated that by the commencement of the construction of the road, one of the problems of the people in the area would be addressed when completed.

He said by the grace of God, the project would be completed with high quality in the next 12 months.

The Governor also promised to provide security for the construction of the road to ensure timely completion based on specifications.

Sule however called on the Federal government to assist the state in the construction of the road from Doma town to Agbashi junction, noting that the road is in very bad condition.