Group advices Tinubu to give way for Youthful Leadership come 2023 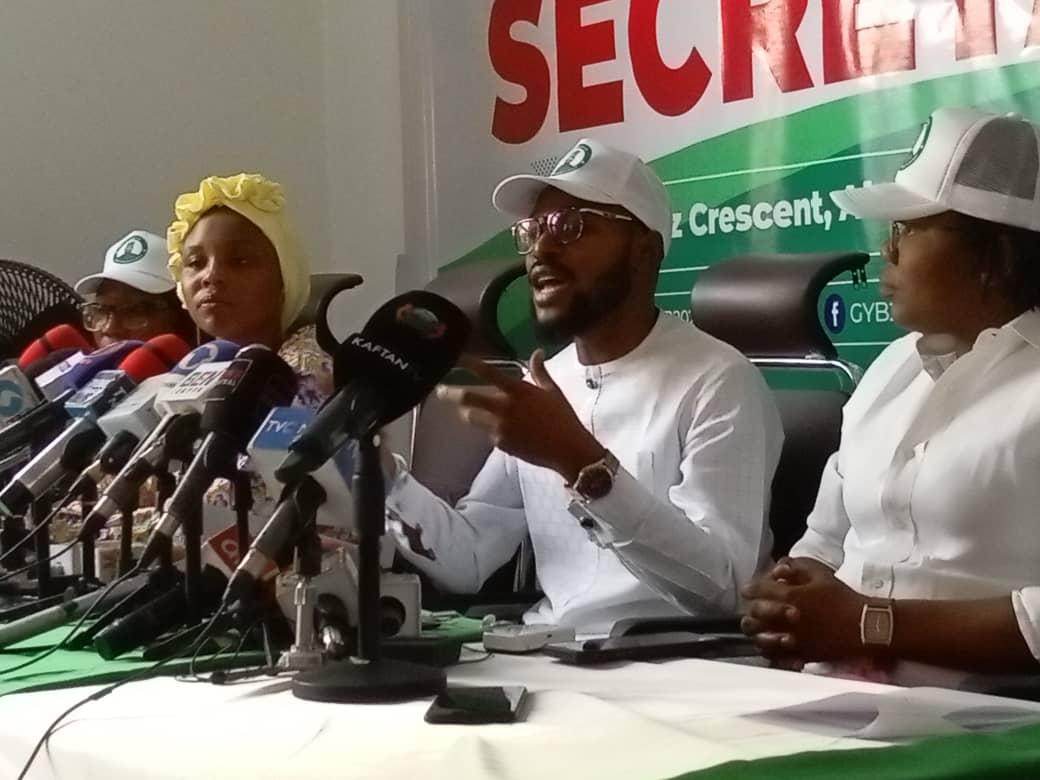 The GYB2PYB Support Group has adviced the National Leader of the All Progressive Congress (APC), Asiwaju Bola Ahmed Tinubu,to sheathe his sword and let the youth takeover leadership

Delivering a statement at the one-year anniversary press conference of the Support Group, the Director-General of the Group, Amb. Oladele John Nihi said that the one year anniversary is set to be held at the Kogi State Government House Lokoja on the 14th of January, 2022.

He also stated that the idea of Governor Yahaya Bello to President Yahaya Bello, preferably referred to as GYB2PYB, was conceived and set to motion with the help of well-meaning Nigerians who believe in the need for a total reformation and cleansing of our dear nation.

Nihi questioned the ambition of the APC national leader with concerns about the “NoTooYoungToRun bill signed by President Buhari in 2018 among others
“Why now that President Muhammadu Buhari promised to hand over to a much younger person come 2023. A promise he made in 2018 during the signing of the NoTooYoungToRun bill into law?

“Why decide to achieve a supposed lifelong ambition at a time Nigerian Youths are collectively clamouring for thorough inclusiveness and active participation in governance across board?

“Why put your interest above that of the Nigerian Youth who constitute the majority of both Nigeria population and electorate; a united generation of like-minded people who will stop at nothing to achieve a set objective?

“Why has Baba kept this lifelong ambition to himself all these while his age group and generation has done nothing but little to get the country working?” He questioned

Nihi recalled that precisely January 14th 2021, an ultimatum of fourteen days was issued to His Excellency Governor Yahaya Adoza Bello, to accept the call on him to contest for the Presidency come 2023. “

This ultimatum he said, was greeted with a response from His Excellency Governor Yahaya Adoza Bello, urging the GYB2PYB as a group to channel its energies into mobilizing and canvassing for the All Progressive Congress (APC) party’s nationwide registration of new members, and only then we might get an affirmative response from him.

“Since our principal, the Governor, was then recently appointed as the party’s Chairman on women, Youth, and People Living with Disabilities (PLWD) sensitization and mobilization committee on its national membership registration and revalidation exercise; we took the task as a challenge and commissioned our structures across the 36 states and swung into action.

“We achieved tremendous and jaw-dropping results and we can boldly say APC has the highest youth, women and PLWD membership today. We are now ready for a final affirmative response from His Excellency, Governor Yahaya Adoza Bello; as he has proven in the past, to be a man of his words,” he said

The DG said that the APC National leader had earlier revealed that he only informed President Muhammadu Buhari of his intentions to run for the presidency come 2023, but yet to inform Nigerians.

He, therefore, appealed to the elder statesman to halt his intentions of informing Nigerians, while questioning the “lifelong ambition”.

“We are therefore on behalf of Nigerian Youth appealing to our National Leader to halt his intentions of informing Nigerians about this “lifelong ambition”, for we are not ready to cooperate; as our yearnings and cry for power would not be cowed by any sudden lifelong ambitions and mostly not by the older citizens of this country.

“Telling us about this lifelong ambition would translate to us disrespecting an elder statesman who ordinarily we are supposed to be looking up to for advice and mentorship as we take over power in 2023.
“The Youth4Youth Agenda is already in motion, and we are prepared more than ever before to stand by any of our own, rather than recycling old Politicians we read about to pass examinations during our school days,” he added

He further stated, “We are apologizing to all senior citizens above the age of fifty, who feel Nigeria is not working and should be the preferred hand to fix it.

“We apologise for the lapses of the past created by these senior citizens who have been in the country’s corridor of power since her independence in 1960 till date, and finally we apologize for the lackadaisical attitude of Nigerian Youth to governance before now, leaving the energy-draining job of fixing the country to age strata who should ordinarily be retired; as strength and vitality have already failed them to carry the burdens of the most populous black nation on Earth on their fragile shoulders.
“These things are not happening again; as we are more than ready to take over power come 2023.

“The candidacy of Governor Yahaya Adoza Bello will stand. And with our structures across the 36 states of the country, doing tedious grassroots sensitization on why the Youths should be given a chance come 2023, have recorded substantial and bankable results.

“We are, therefore, still calling on our principal, Nigerian Youth’s role model, and our most qualified by antecedents, to roar as loud as possible; as the jungle is set for the taking.

“We are also admonishing our Baba and well respected senior citizen to purge his lifelong ambition and passion for the country to continue enjoying his retirement and be more relevant to the country through advisory roles and consultations.”