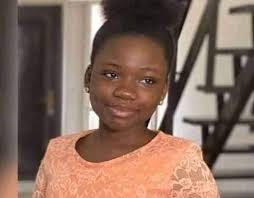 ***Their suit is frivolous and smacks of desperation, says Coalition Leader

For allegedly defaming its character while speaking about Keren-Happuch Akphagher, its boarding student who died following health complications caused by rape at the Nigeria Bar Association (NBA) Law Week, Premiere Academy, Lugbe, has filed a suit against leader of the Coalition of Gender Based Violence Responders (CGBVR), Lemmy Ughegbe for defamation.

Vexed by Ughegbe’s rousing speech at the said Law Week on 30th of August 2022, whereof he named it (school) as prime suspect and invited lawyers to join the coalition in pressuring the police to fish out the culprit, the embattled school has asked an Abuja High Court to award N500 Million as damages against him.

In the said suit filed by Premiere Academy’s legal team headed by Asiwaju Adegboyega Awomolo (SAN), which includes his wife, Chief (Mrs) Victoria Awomolo (SAN) and Eyitayo Fatogun (SAN), the school is also asking the court to bar the Child and Gender Rights Advocate (Ughegbe) from making further public statements with regards to the alleged rape and death of Keren-Happuch till further notice.

Following medical reports that the 14 year old girl was raped in Premiere Academy, Lugbe, Abuja and a condom left inside her, which infected her with sepsis, spiked her blood sugar leading to her death due to hyperglycemia on the 22nd of June 2021, Ughegbe has been in the forefront of seeking justice for the deceased and her family..

Consequently, on the 7th of December 2021, the House of Representatives ordered the Inspector General of Police (IGP) to conduct DNA test for all the male staff of the school and march DNA each with the dead spermatozoa found in Keren’s urine and resolved to set up an Investigative Panel to conduct public hearing into the matter.

But in a-26 paragraph affidavit deposed to by Mr. Christopher Akinsowon, who was acting Principal of Premiere Academy before and after Keren died on 22nd of June 2021 and now the school’s Director of Academics and Administration, he complained about the speech delivered by the Coalition Leader at the NBA Abuja Branch (Unity Bar) 2021 Law Week while attending as a guest panelist.

He said the speech delivered by Ughegbe defamed Premiere Academy and that was the reason the school instructed its lawyers to sue him for defamation in other to stop him from further damaging its image.

In paragraph, 17, Akinsowon averred thus: “That the respondent (Ughegbe) was seen and heard saying thus:
“I seek leave of Mr. Chairman to adopt the protocol as haven been established and deem same as having been observed by yours truly. As it’s traditional for me since June 22nd, 2021, I cease every opportunity of a public forum to do one thing, one pledge that I made to the coalition of Gender Based Violence Responders which I lead.

“On June 22nd, 2021, the inalienable right of 14 year old Keren-Happuch Akpagher was taken away because she was raped, condom left inside of her, the condom eventually infected her with sepsis, which triggered her diabetic condition in such a bad way and we eventually lost her. And I have said that at every forum I get, I would spend, at least, two minutes to talk about her. She was a boarding house student at Premiere Academy, Lugbe. We are talking Human Rights, so this is even auspicious. Unfortunately, we have issues with systems not being in place.

“If you followed the news very well all this while, you would find that at some point because the coalition said this is one Child Sexual Abuse that will not just be a mere data and we must get the perpetrator, unfortunately, the FCT Police Command misadvised and misdirected itself on this matter, to the point because we started talking and holding them to account, they decided to accuse me of inciting public disturbance. The primary suspect – Premiere Academy is allowed to speak and do press conferences, but someone licensed as a Gender and Child Rights Advocate is accused of that? .

“We have fought it using the instrumentality of the media and because of that, we have put petitions in place and today we are making progress with that case and I urge lawyers to join in this effort because in the words of Bishop Desmond Tutu – “if you are neutral in the situation of injustice, then you have taken sides with the oppressor.”

When reporters called Ughegbe for his reaction to the suit, he couldn’t contain his amusement as he laughed for over five minutes before responding thus:
“I’m so sorry for laughing so hard and taking your time. They want to use cheap legal action to bully me into silence and breach my constitutional right to hold and express my opinion? Tell them they have made a wrong call and have failed. But this is really laughable. I am yet to receive the court process, but a friend of mine said he received it on my behalf. Their case is built primarily on my speech at the NBA Abuja Branch 2021 Law Week. They are unhappy that I am calling lawyers to join us to demand for justice. What is defamatory about that? It is my considered view that this suit is not just frivolous and lacking in merit, but it is also vexatious. But I will not be vexed because I understand their frustrations and therefore what I have for them is sympathy. Why will a school be unhappy and jittery that I am calling out stakeholders to join us to seek justice? Clear conscience should not be offended or saddened by my call. The school, more than anyone else, should even be eager to join us to invite scrutiny of its operation vis-à-vis Keren-Happuch”, Ughegbe stated.

He also expressed his eagerness for the Investigative Panel of the House of Representatives to begin public hearing on the matter, adding that “we shall open a giant can of worms. We have credible intelligence and the world will shudder at the revelations during the public hearing meant to commence in January 2022. Our team of 7 Senior Advocates have been well briefed and armed with credible evidence to help the Panel come to a far-reaching conclusion.”