Kogi clamps down on roadblocks mounted by illegal tax collectors 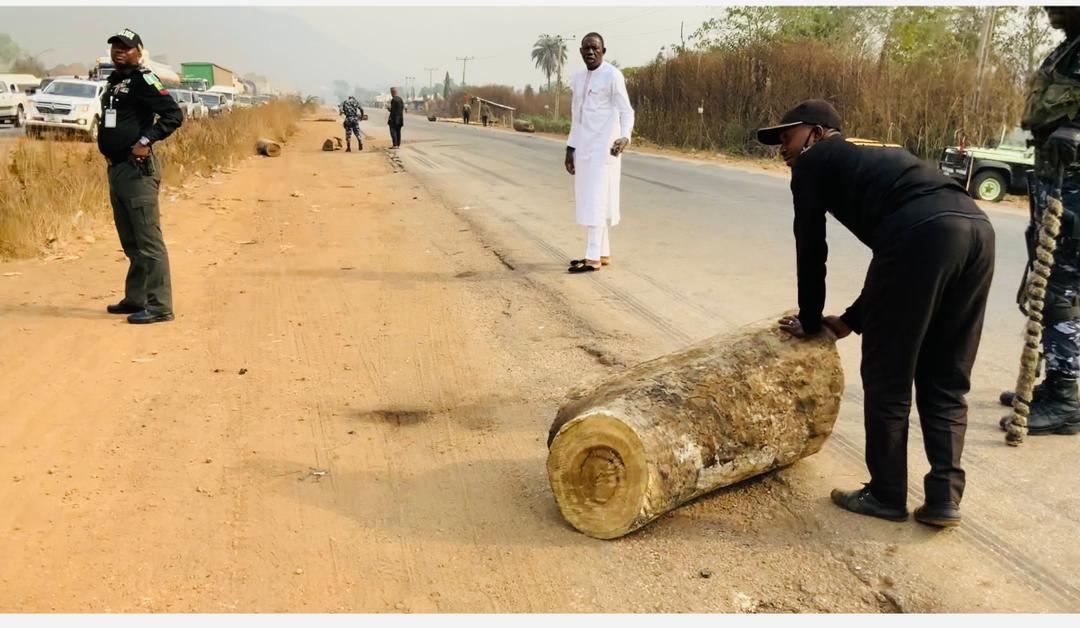 Kogi state Governor, Yahaya Bello, has clamped down on illegal tax collectors who mount roadblocks on highways within the state, to extort money from unsuspecting travellers.
The Governor therefore ordered immediate removal of such road blocks across the State

Bello who was on a trip to Okene in Kogi central on Thursday morning, was confronted by the traffic hold up caused by some illegal tax collector’s where he alighted and ordered one of his security aides to supervise the removal of the roadblock in the area.

Bello observed that the illegal roadblocks were causing so much hardship for the road users especially the transporters.

“The activities of the illegal tax collectors on the road are a serious source of frustration to taxi drivers and drivers of articulated vehicles because of the high illegal charges,” he lamented.

He, however, warned that he will not condone such practices in the state, adding that only legally constituted tax collection agencies backed by relevant statutes would be allowed to carry out their responsibilities.

Some of the transport workers who were held at the roadblock said they had spent hours before the arrival of the governor.

The commuters also cheered and commended the governor for his concern for the common man.