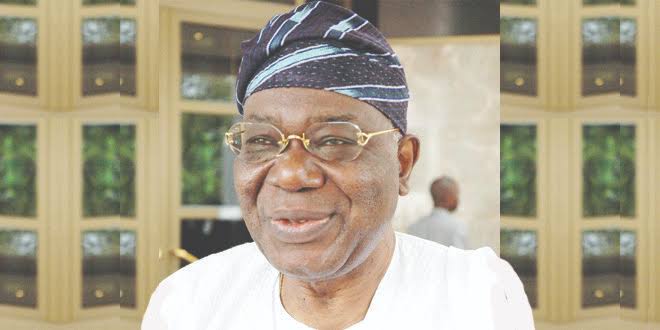 Governor Yahaya Bello of Kogi State has expressed shock over the death of former Nigerian leader and the Abese of Egbaland, Chief Ernest Oladeinde Shonekan GCFR.

Bello in a condolence message by his Chief Press Secretary, Onogwu Muhammed described late Shonekan as a fantastic lawyer, political colossus and complete statesman, saying, he would be sorely missed.

The governor said the late Interim Head of Government had contributed immensely to the unity, progress and political developments of the country noting that his release of political prisoners detained by the military government within three months in office united the country more along ethnic and political lines.

He described Shonekan as a strong leader who had always spoken truth to power and was passionate about national interest.

He sympathised with his family and relations, the people of Egbaland and the Government and people of Ogun State over his demise as he prayed God to grant his soul eternal rest.

Chief Ernest Shonekan; a lawyer and businessman served as the Interim Head of State of Nigeria from 26 August 1993 to 17 November 1993. Chief Shonekan died in Lekki, Lagos State at the age of 85 on January 11, 2022.