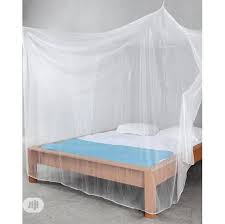 The Nasarawa State Government in conjunction with the National Malaria Elimination Programme (NMEP) with funding from the United States President’s Malaria Initiative (U.S.-PMI), is set to distribute 2,060,000 insecticide treated nets across the state.

The state commissioner of health, Pharmacy Ahmed Yahaya gave the indication at a one-day media parley for 2022 campaign on mass distribution of Insecticide Treated Nets in Lafia, the Nasarawa state capital.

He explained that the provision of quality and affordable healthcare services to the people of the state is one of the major focus of Governor Abdullahi Sule.
Yahaya, however, reiterated the state government’s commitment to partnering with any organisation that is interested in providing quality healthcare services.
That he added that is in line with global best practice.

According to him, based on investigation and facts, mosquitoes, carrier of Malaria, could only be addressed if people sleep under the insecticide treated nets properly and consistently.

The health commissioner revealed that personnel from the ministry would start registration and issuance of cards to household across the state on January 20 to 28.

His words: “The state government had already trained personnels at the Local Government Areas (LGAs) as well as the state level preparetory to mass distribution of the nets.”

He further hinted that immediately after the registration, the distribution of the nets would kick start from February 7-15, 2022.

He explained that the ministry has put the necessary machinery in place to ensure that the nets are effectively distributed to every household in the state.

Earlier, the state Director Public Health in the state ministry of health, Dr Ibrahim Alhassan said the media parley was aimed at building the capacities of media professionals on the technicality involved in passing effective messages toward eliminating Malaria.

He said it would assist in informing the public on the distribution of the nets and the necessity to use them properly when collected.

He disclosed that the prevalent rate of Malaria in the state had dropped from above 47 per cent in 2015 to 14 per cent in 2018 as a result of combined efforts and support from the media.

He added that malaria is not just a health challenge, but also an economic matter, as it has led to loss of lives and resources that could have been use for other purposes.

He expressed gratitude to the media for their support over the years, adding that the media had contributed immensely in reducing Malaria from being a leading health challenge in the country.

Also, Kingsley Godson, Technical Team Lead on Insecticide Treated Nets Campaign in the state, explained that the state government and partners were spending huge amount of money in procurement of the nets and distributed free.

He affirmed that the ITN were procured at the cost N2.98 billion to be distributed to every household in the state.

Godson posited out that technological devices would be deployed to generate data, track nets and net cards as well as personnel in the field to ensure effective distribution.

He said that a total of 9,548 personnel would be engaged and trained for the exercise in the state.

He admonished the people to make use of the nets when distributed to them to justify the huge investment.

Contributing, the state coordinator Break through Action-Nigeria, Mr. Thomas Ohobu, encouraged people to properly and and consistently use mosquito net while sleeping in the night.

He said this would go a long way to reducing the material scourge in the state.