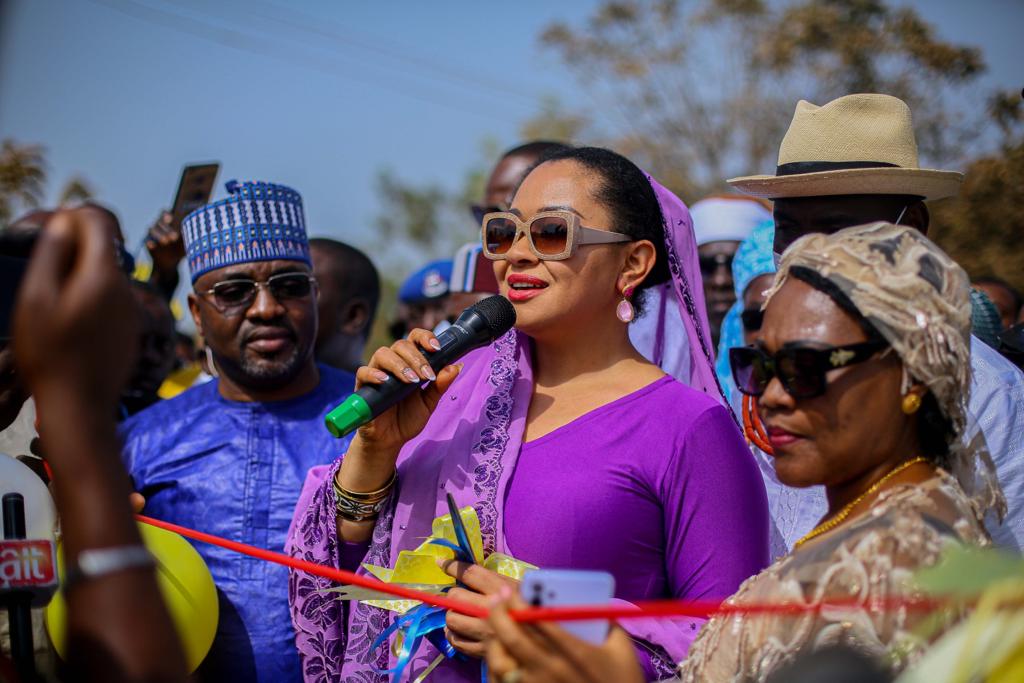 That Name, Natasha, rings like a bell in the minds of millions of Nigerians. She is known for two things, her sparkling beauty and her unparalleled generosity. But deep underneath the beauty lies her sterling Leadership trait that many are yet to unravel the mystery behind its exhibition.

Above all, Barrister Natasha Akpoti is highly educated. So are all of our callous politicians and government officials who embezzle funds meant for public good. What then is different? One would define education to be, “that which is left after we have forgotten all we learned in the classrooms.”

Natasha’s education can be seen in her show of brilliant approach to public and private issues. She is a refined soft spoken but strong woman, the one baked with oratorial prowess. Unlike many educated but arrogant public figures, Natasha is a humble woman, in spite her huge success at a very tender age. She is a barrister at law, a real estate mogul and the owner of a very vast construction firm. These and her charming beauty could have swelled her head, but not our Natasha whose love unequivocally spheres around humanity.

For the records, Natasha Akpoti, the renowned philanthropist of Kogi extraction have had her running battles with the government of Kogi State on certain issues, ranging from misappropriation through maladministration to the biting poverty in the North Central State.

In an era when everyone wants to be in the good books of the government, she chose to stand out and be on the side of the masses, daring and speaking truth to power without considering “whose ox is gored”

She is highly appreciated by the common people across Kogi State and Nigeria at large, for her great sense of humanity, love and respect for the people. In her we found a beacon of hope. In her strides and activisms we breath to believe a new and formidable Kogi is possible.

Her persistent call for change and her passionate sacrifices means there can be light at the end of the tunnel for a State like Kogi and a country like Nigeria. In the face of intimidation, name-calling and physical harassment, she stood up high teaching and preaching what can be achieved through democracy.

Recently, Natasha Akpoti built the Edo State section of the Road linking Abuja through Kogi State, to the tune of N310 million. It took several months to complete that road on which cars, trucks and all have been stuck in the past. It is instructive to note that the road is a trunk A road, meaning it is the responsibility of the Federal Government to fix the road. Yet, regime after regime had abandoned it until the Angel of hope came to the rescue.
Funnily enough, the moment she showed up with her machines to fix the roads, FG officials popped up demanding what rights she had to fix the road and asking for all sorts of charges, against which she firmly stood.

Today, travellers from South and the North ply the Road happily, including government officials who seemingly failed to lived up to the expectations of million Nigerians.

We need more individuals who can emulate the magnificent gesture reeled out by someone who didn’t occupy any political office.

This is not a call to lure the Amazon into contesting for any political office, but having studied her philanthropist deeds, resolved to appreciate her tenacious sacrifices.

Natasha Akpoti, is the greatest gift a State or Nation can ask for, she must be encouraged, appreciated and protected.