NUJ moves to ensure domestication of Ageing policy across Nigeria 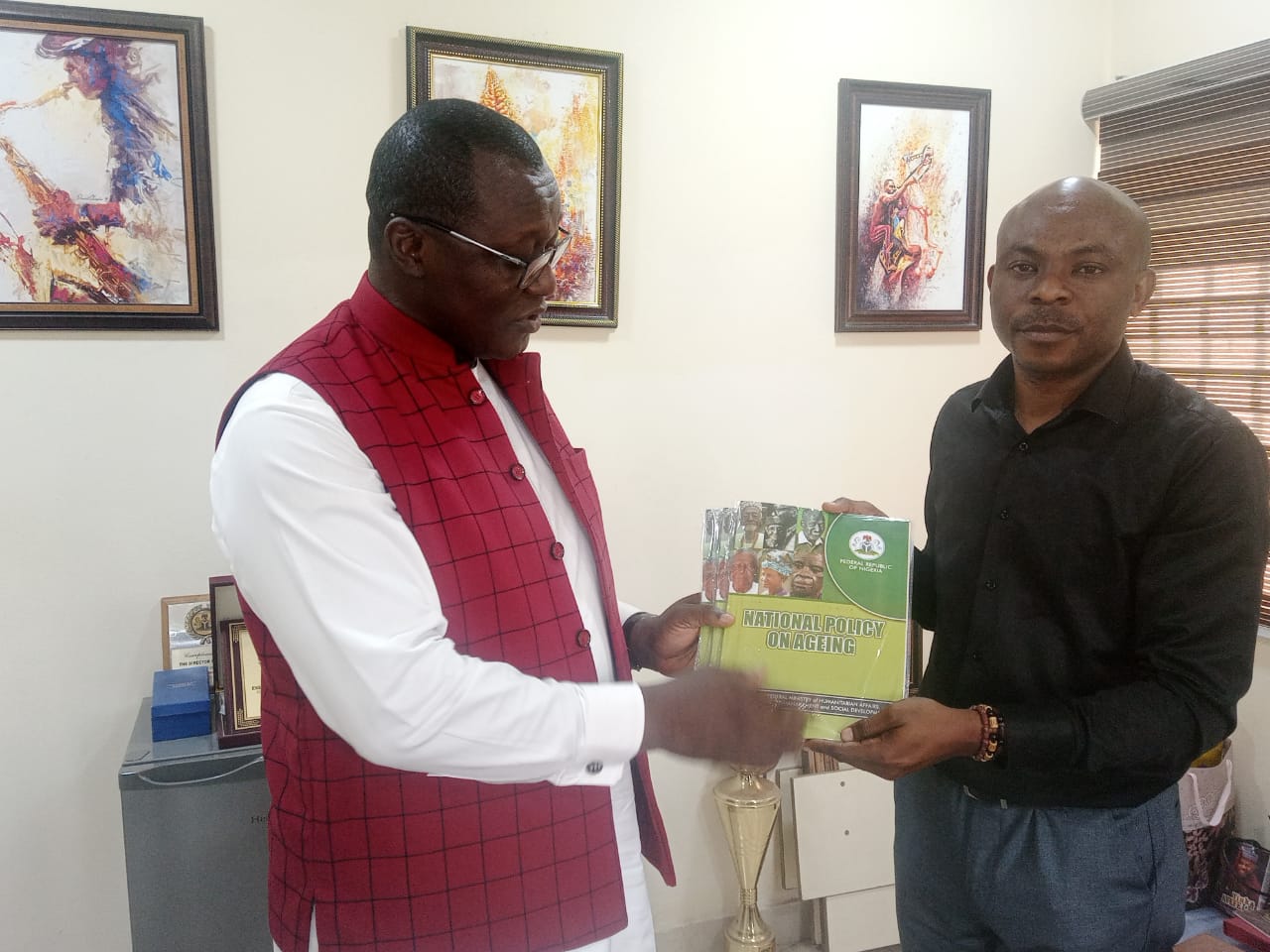 The chairman Nigerian Union of Journalists (NUJ) Federal Capital Territory (FCT), comrade Emmanuel Ogbeche has called on all the 36 states of the federation to domesticate the National Policy on Ageing in their respective states.

Comrade Ogbeche, made the call in his office, when the Head, Media and Public Communications, Omini Oden of the National Senior Citizens Centre (NSCC) paid him a courtesy call and presented the Policy along other materials to him.

Ogbeche said as the issue of Ageing touches on the national development agenda, it was critical to push it to the front burner and through its domestication and development around it.

The NUJ chairman maintained that, Journalists Network on Ageing in Nigeria (JONAN) must rise up to impress the import of an entrepreneurial center for Ageing across the country so that the aged population would continue to contribute to national development.

He pledged the support of the Union in propagating the course of the age asset of Nigeria and the Centre for public buy-in, nationwide.

Ogbeche noted that the Nigerian Union of Journalists would be available to help develop the requisite vocabulary that would form the appropriate terms in describing this category of human and national assets in reporting, as was the case with Sexual and Gender Based Violence (SGBV).

Oden who presented the National Senior Citizens Center Act, 2017and the National Policy of Ageing stated that the centre is focused on mining all its partners across the divide of public and private sector with a view to properly educate Nigerians on the tremendous asset the age in BG population represented.

According to him, the centre is among other things focused on poverty reduction; health and wellbeing through strategic engagement with stakeholders to mainstream geriatric care; capacity building for the senior citizens and centers for senior citizens directed at programmes for enjoyment and wellbeing.

Oden said this would be carried out with particular interest, on the Age-friendly environment which would be totally reliant on data systems and integration of the numbers for implementation and plan.