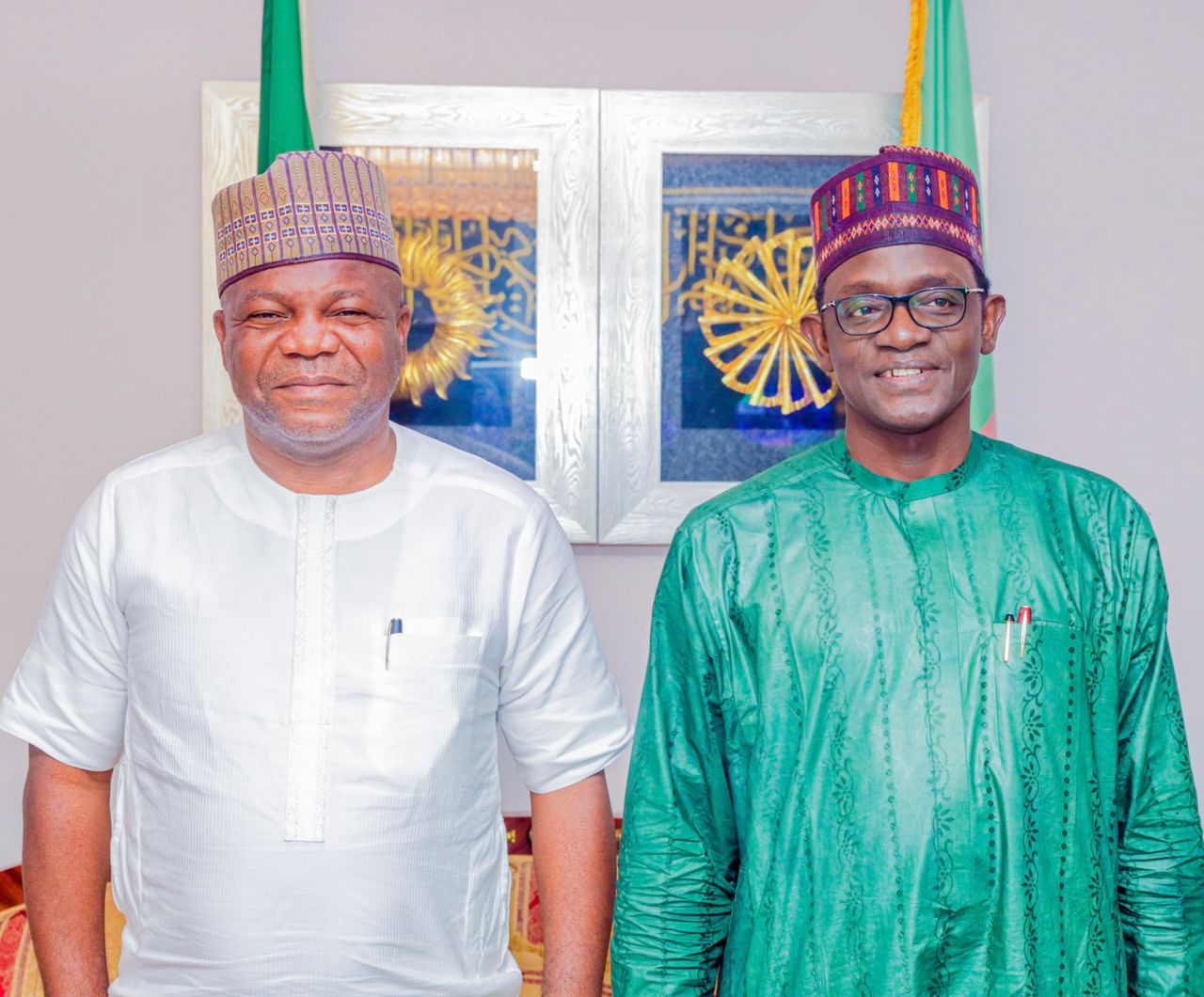 A chieftain of the ruling All Progressives Congress (APC) in Kogi state, Prince Mohammed Audu, has celebrated the performance of Governor Mai Mala Buni-led Caretaker Extraordinary Convention Planning Committee (CECPC), urging him not to lose focus.
Audu specifically urged governor Buni to continue on the trajectory to reposition the governing party as he has been doing.
The former governorship aspirant also praised the Kogi state governor Alhaji Yahaya Adoza Bello-led administration in the state.
Prince Audu made these declarations Tuesday evening when he paid a courtesy visit to the Caretaker Committee Chairman in Abuja.
While declaring his support for the APC leadership at center and in the state, the party chieftain said Alhaji Buni has done well both as a serving governor in Yobe state and as the chairman of the ruling party.
Prince Audu said: “For a serving governor to be dedicated in such a way that governance in Yobe state does not suffer and the responsibility of repositioning our great party is taking good shape should be commended by all and sundry.
“I have, however come to show appreciation and also lend my support to his leadership.”
Audu support was coming at a time another APC chieftain, Hon. Patrick Obahiagbon, had written commendation letter to the Chairman Caretaker Committee of the party.
The former legislator advised party men and women against personal and selfish interests, which he said must not override the interest of the party.
“The party interest is more paramount than parochial and self centered agitations from a microscopic few” he said.
He said “the facts are indubitably too plain to be contested Your Excellency, that our great party was largely fractious and tottering at its perilous precipice and brinks, when both destiny and history beckoned on you to provide durable leadership for us all.
“It’s the considered opinion of the majority of our party members that Your Excellency has not just only steered the party away from avoidable cataracts and icebergs but that you have also enviably returned our party to its winning ways and glorious path” he said.