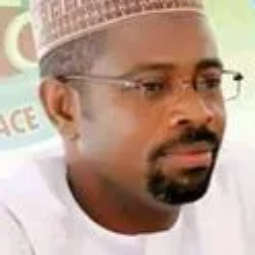 Ahead of 2023 general elections, the member representing Nasarawa/Toto Federal Constituency at the House of Representatives, Mr. Ari Abdulmumuni has called on the electorate across the 13 local government areas of the state to be mindful of those they elect to represent them at various levels.

Abdulmumuni, who made the call in an exclusive interview on Monday with our correspondent in his office, said they should take into cognisance the credibility of a particular candidate before electing him into office.

The lawmaker also extolled the leadership qualities of president Muhamadu Buhari for his genuine love for Nigerians as shown through his policies such as the school feeding programme, market money and trader money which have positively impacted on the masses.

According to him, it is due to lack of political awareness that people elect wrong people in to political positions.
He therefore urged the electorate to take into cognisance the credibility of a particular candidate before electing him into office, this according to him will enable the person perform credibly well.”

He also commended Governor Abdulahi Sule for executing viable projects that have direct bearing on the lives of the people.

According to him, the governor has constructed township and rural roads that have been able to connect rural communities for farmers to bring their farm produce to the urban markets as well as securing the lives of the citizens particularly Nasarawa and Toto local government areas.

He indicated that the ongoing projects that would be commissioned soon to include the electrification project in Toto and road in Nasarawa town among others would add value to the people of the state.

The federal lawmaker added that the governor has brought investors to the state to tap the huge mineral deposits in the state.
He called on the people of the state to re-elect the governor for another four year term to enable him complete projects he had started.

On his ambition to recontest for the position he is currently ocuppiying in 2023, he said the projects he has provided for the people of his constituency are enough to speak for him which includes the payment of WAEC fee and allowances he has given to students of his constituency.

He reiterated that some of the key things he has done to his Constituency would speak for him.