Rochas Okorocha declares interest to Run for President in 2023 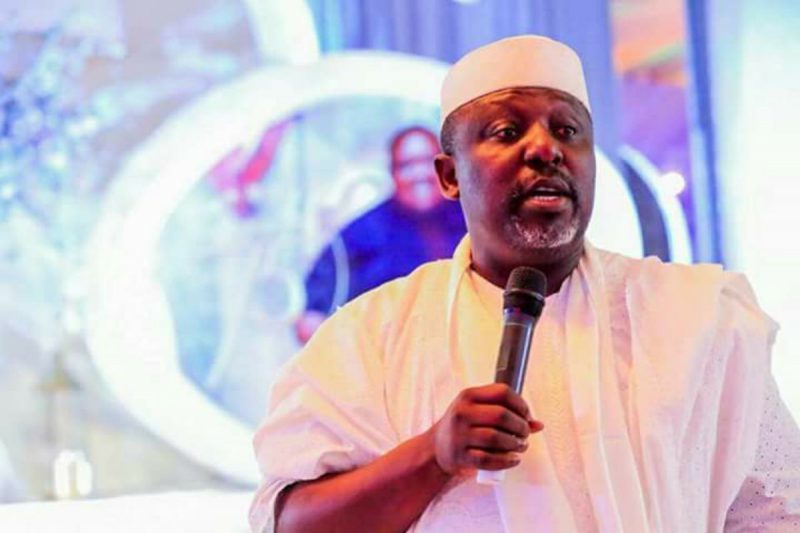 Forner Governor of Imo State and Senator Representing Imo West at the National Assembly, Sen. Owelle Rochas Okorocha has also declared his interest to run for the office of the President of the Federal Republic of Nigeria.

In a letter he sent to the President of the Senate, Ahmed Lawan which he read at the floor of the Senate, Wednesday, the senator made his intention public
The letter in part also informed his colleagues of a proposed World Press Conference to be hosted by him on Monday 31st January, 2022 at the Executive Hall of the International Conference Centre, Abuja at 11am.

Sen Okorocha who is a 3 times Presidential Aspirant led the Igbos through his party, APGA to join forces with President Buhari (CPC), Asiwaju Bola Tinubu (ACN) and ANPP to form the APC.

Okorocha who is from South East Nigeria is one of the prominent Presidential aspirants from that zone. There has been ongoing agitations from the zone for an Igbo Presidency.

Okorocha made his first outing 20 years ago as a Presidential Aspirant under the platform of ANPP with Gen. Muhammadu Buhari then former Head of State, Chief Nnia Nwodo, and Chief Harry Akande. Again in 2007 he ran under the platform of PDP coming second to President Yaradua where the likes of Prof Jerrry Gana, Gen. Gusau and Gen. Marwa were contestants.

Okorocha is a popular candidate especially in the Northern part of Nigeria where he built several schools for the less privileged children.

As Governor of Imo State, he introduced free education at both secondary & tertiary levels. He is also famous for his urban renewal programmes which changed the landscape of Owerri, the capital city of Imo State