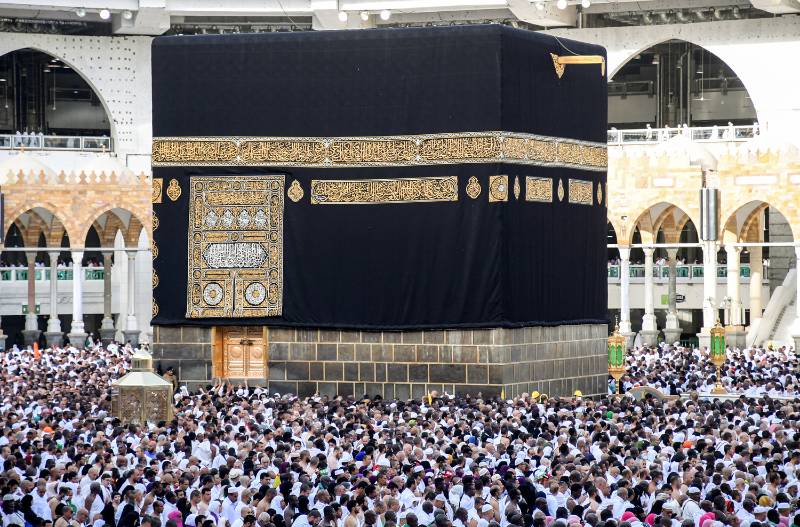 Often it’s been said that he who comes to equity must do so with very clean hands. It therefore raises the question: What is the equity principle?

The principle of equity acknowledges that there are historically underserved and underrepresented populations and that fairness regarding these unbalanced conditions is needed to assist equality in the provision of effective opportunities to all people and groups.

Islam buttresses this valid Truth by declaring that complete equality among all mankind, regardless of one’s faith, skin color, language, gender or ethnic background is sacrosanct and fundamental. The Holy Quran uphold that the whole universe is dominion of almighty Allah and all the people are his creatures. Everyone is born equal and will die equal. … Verily Allah is all-knowing all aware.”

The above verses in the Holy Quran resonate in the minds of every true adherent of Islam who holds dear the teachings of Prophet Muhammad (peace be upon Him) to practice it indeed not lip service and the pointing of fingers.

Late last week the Taraba State Muslim Umma
led by its Khadi, Abdul-min Abubakar went on air and accused the Taraba State government of marginalization against Muslims in the state, the group lamented that all efforts to reach out to the government to address the anomalies, “have turned into watershed”.

In as much as I the writer who is also Muslim is concern , I don’t intend to hold brief for the government of Taraba State and it’s policies, but it is important to go back to our recent history and reset events into proper perspective so we can actually understand how the state grew organically and gradually and got embroidered into the intricate web of religious politics currently choking it and it’s citizens to near comatose.

25 October 2012 in Jalingo — When news of Governor Danbaba Danfulani Suntai’s death in a Cessna 208 aircraft he was piloting crashed close to NNPC depot as he tried to bring the plane to land at the Yola International Airport filtered into Jalingo town Thursday night, a section of the mostly Muslim quarters of the town erupted into spontaneous wild jubilations and street parties till day break without any interruption from Muslim Umma and well-meaning elders.

As Governor Danbaba was flown out of the country for better medical attention, Acting Governor Umar Garba UTC who took over the mantle of leadership in the background of the Muslim street parties that greeted the fall of Gov Danbaba and began to assert dominance and consolidate himself in power. The Taraba State Muslim Umma moved quickly to hijack him as their own.

Before long, Umar was beginning to see himself as the emancipator of Muslims in what he told everyone was the historical injustice done to his people in the state. He was complaining to everyone that Muslims were marginalized and that he would correct that. His position was however far from the truth as the state, before Umar’s coming lived in peace and had enjoyed religious harmony. Few months into his rule, the entire southern Taraba and parts of central was engulfed in constant bloody skirmishes.

Each time Acting Governor Umar travels back even from nearby Zing or Nukkai, there must be a large provocative welcome dance party with loud music blearing out and eulogizing his persona as the Savior of Muslims and greatest leader as his boss recuperate abroad. Large number Christians feeling excluded started to fume and form resistant groups.

By the time the Supreme Court sacked the State’s acting governor, Garba Umar, and ordered the reinstatement of Abubakar Danladi , a former deputy governor who was impeached before Mr. Umar took over on 23 November 2014 , Umar had successfully polarized the state into two equal camps , separated by a very deep gulf of mutual suspicion, animosity and vicious fanaticism. Christian and Muslim fanaticism has risen to a peak never seen before in the history of the state. The hate and tension was so thick you could cut it with a knife.

Governor Darius Ishaku coasted smoothly into power and before long relationship with his immediate benefactor Sani Abubakar Danladi who was compensated with a senatorial seat in return for his role turned frosty and he decamped to the All Progressive Congress APC.

The run-up to the 2019 governorship election in Taraba State was clearly APC’s for taking as Tarabans discontent and disappointment with the Darius’s administration and performance was widespread. Political analysts had zeroed in on several strong southern Christian candidates to pick the party’s ticket and split the southern votes thereby effectively sealing the fate of the incumbent governor Darius and defeating him in the pools.

But the political campaigns of 2019 was like no other, the Muslim Umma had vowed to install one of their own, they traversed the entire north and Abuja, lobbying Emirs and influencial Muslims to make a case for a Muslim flag bearer in the APC in Taraba. To the chagrin and amazement of pondits, their efforts yielded results, Alhaji Sani Abubakar Danladi who’s only qualification was that he was a Muslim emerged flag bearer of the APC to contest against Governor Darius Ishaku against all expectations.

These sequence of events juxtaposed with the lobsided 99% Muslim appointments and recruitments from the state by the federal government without any protest by the Muslim Umma calls into question the rights credentials of those individuals advocating for equity. What is good for goose should also be good for the gander. For emphasis and posterity, it is important to enumerate some of these brazen impunities for record purposes;

(2) From 2015 to date, the Muslim Umma have not only championed the appointment of three all Muslim ministerial slots: Senator Aisha Jummai Alhassan, Engineer Sale Mamman and Mallam Muazu Sambo, but cornered all federal government palliatives and intervention programs exclusively .

(3) Out of the 12 federal government appointments from Taraba State, 10 are all Muslims and only 2 Christians. It was on record that federal agencies received a total 28 petitions from the Taraba State Muslim Umma and other Muslim interest groups against the two Christian appointees, calling for their removal and replacement with Muslims.

(4) Few months ago , the Taraba Muslim Umma resumed it’s customary search for another Muslim APC Gubernatorial candidate for the forthcoming 2023 election without recourse to the feelings of the Christian members of that national ruling party as usual.

(5) With the above brief summary we can all see that the Taraba Muslim Umma despite it’s officials pocketing heavy monthly financial inducement from the States PDP government lacks moral rights to make public pronouncements about marginalization because it needs to purge itself of the same malady it is accusing the Taraba State PDP government of. That the APC today earned itself the toga of an “Islamic party” in the state is due largely to the activities of the Muslim Umma’s suffocating dominance. Christian members of the APC in Taraba State are to be seen and not heard.

As election bells commence to ring in few months time, it will surprise many if these same Muslim Umma doesn’t move again and try to hijack the APC like they have done in the past, and install another Muslim as it’s flag bearer. The fortunes of Taraba State and indeed the nation shall continue to suffer for as long as religious leaders insist on using religion as a tool to rule instead of guidance.