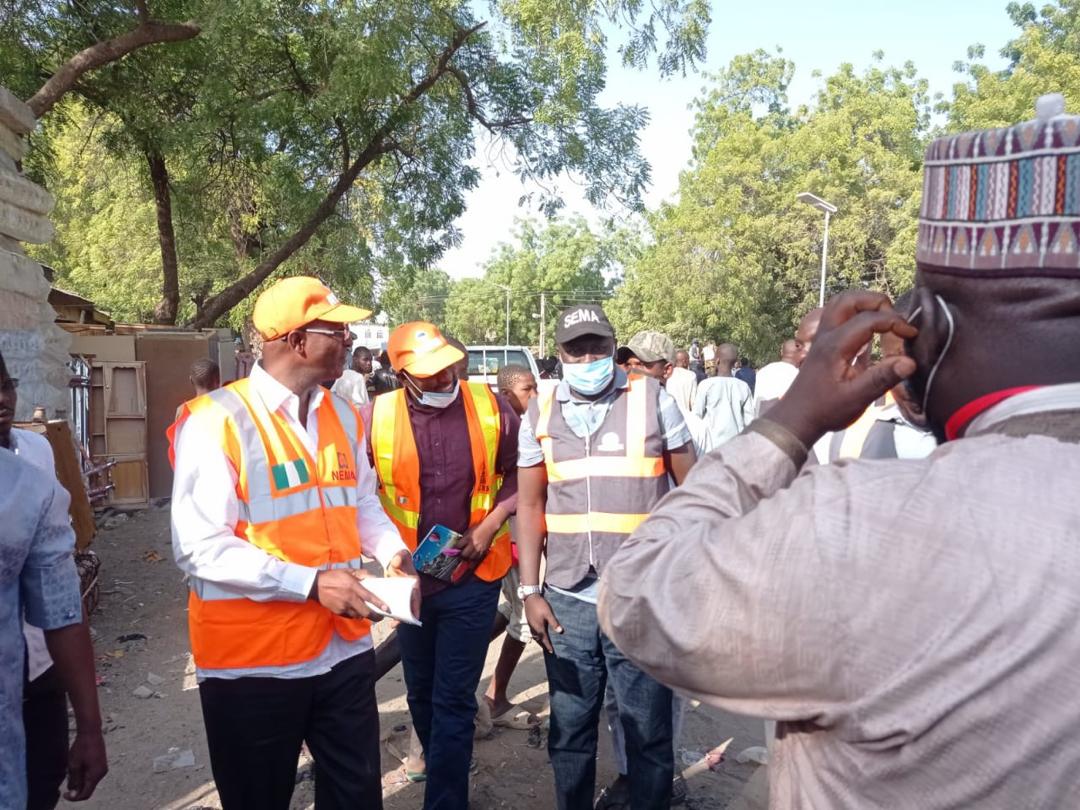 The Minister of Humanitarian Affairs, Disaster Management and Social Development Sadiya Umar Farouq has sympathized with victims of the Central market, Nguru fire disaster which razed over three hundred shops and destroyed goods worth millions of Naira in Yobe state at the weekend.

Special adviser to the minister on media Nneka Ikem Anibeze in Statement on Monday quoted the minister to have described the loss as colossal while she has directed the National Emergency Management Agency to conduct an on- the – spot assessment of the inferno to ascertain the extent of damage.

“I commiserate with the government of Yobe state and the victims of the fire disaster which destroyed the Central Market Nguru. Goods worth millions of Naira have been destroyed as a result of this fire incident while livelihoods have been truncated.

“This is not only an economic loss to the state but also but to the country. We hope that the cause of the fire will be investigated to avert a future occurrence.

“Officials of the National Emergency Management Agency (NEMA) which is under the Humanitarian Ministry have already visited the market to assess the extent of damage and hopefully, the government will step in to support the victims”.

While the cause of the fire is yet to be made public, many shops and warehouses reportedly went up in flames when the disaster occurred at the weekend.

NEMA team from the North East Zonal office were on the spot to salvage what was left of the inferno with the Yobe State Emergency Management Agency.