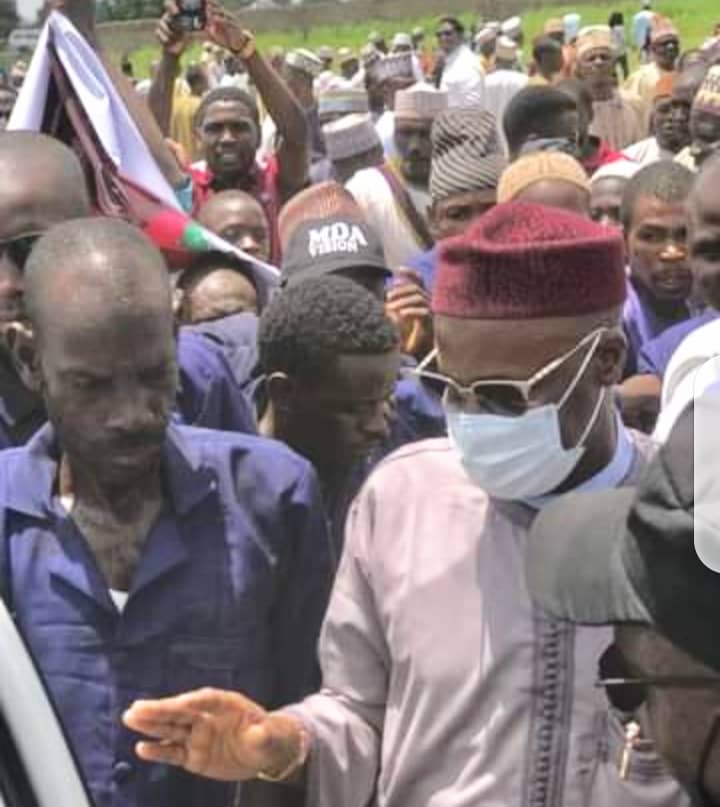 The Chairman House Committee on Power and member representing Birninkudu/Buji Federal Constituency, Honourable Magaji Da’u Aliyu became their first casualty as he was on Thursday attacked by agrieved constituents at Kukuma town in Buji local government area of the state.

The incident happened when the aggrieved youths barricade the road to stop the federal Law Maker’s Entourage and other All Progressive Congress (APC)’s executives who were in the area for a political event organized by the lawmaker.

The aggrieved youths who were well armed with cutlasses, clubs and other dangerous weapons, blocked the road as they threatened to attack any one who dare them.

The aggrieved youths were said to have taken the action to express their dissatisfaction based on what they tagged bad representation by the lawmaker.

The situation degenerated in to a direct confrontation between the aggrieved youths and political thugs in the convoy of the federal lawmaker.
The situation led to the burning down of some bill boards and other structures that carried political symbol in the area.

When contacted on the incident, the legislative aide to the lawmaker, Barrister Murtala Isa said, the incident was not an attack on the lawmaker’s convoy, but a minor disagreement among the party supporters.

He therefore admitted that, he knows all the youths who blocked the road and led to the protest, although nobody sustained injury.