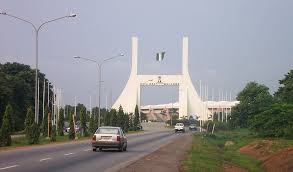 The Socio-Economic Research and Development Centre (SERDEC) has reiterated the need for the federal government of Nigeria to address an age-long economic injustice, marginalization and deprivation suffered by the original inhabitants of the nation’s capital due to the presence of government in their ancestral land.

SERDEC stated this on Tuesday at the launch of the project themed; ‘Promoting the Rights of the original inhabitants of FCT-Abuja’ which held in the nation’s capital.

The project which is supported by MacArthur Foundation and the Resource Centre for Human Rights Education (CHRICED) is a two year project under the Equitable Recovery Grant to work for ethnic injustice as it concerned the marginalized of the original inhabitants of the FCT.

While delivering a welcome address at the launchingceremony, the Executive Director, SERDEC, Tijani Abdulkareem noted that the project will enhance equitable access to employment, empowerment program and livelihood opportunities before 2023 within the six area councils of FCT.

He said, ” Following the grant signing in November, 2021, SERDEC joins other partners that will be channeling activities toward advocating for the promotion and protection of the economic, cultural and political rights of the original inhabitants,”

Abdulkareem who thanked Macarthur and CHRICED for their interventions thereafter, called for synergy and stronger collaborations with the Media and Civil Society for proper implementation of the project.

He then assured that at the end of the project, the lives of the inhabitants would be greatly impacted.

In a brief speech, representative of the indigenous inhabitants of the FCT, HRH Yakubu Kure Alkali after thanking the organiser for the project, added that his people continued to move away farther into the bush mainly because they needed to get land to farm and fend for their families.