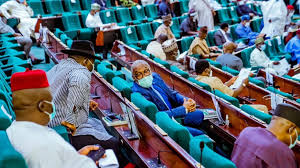 The House of Representatives Committee on Public Accounts on Tuesday grilled the Commandant General, CG of the Federal Fire Service, FFS Ibrahim Liman over expenditure of over N1 billion on recruitment and logistics between 2017 to date without recourse to laid down financial rules

The office of the Auditor General of the Federation had queried the Service for expending the amount on the said exercise between the period in question when there was actually only one recruitment exercise held in the period under review.

The FFS boss who appeared before the Committee Chaired by Hon Busayo Oluwole Oke (PDP- Osun)could not give satisfactory answers to the members of the Committee on the issues raised.

The CG also failed to back up his explanations with relevant documents, necessitating the committee to write to the Central Bank of Nigeria, (CBN) and the Bureau for Public Procurement, (BPP) seeking the account statements and expenditure of the service

Members of the Committee also raised concern over the award of several contracts by the Service which prompted the chairman to direct the FFS boss to produce the nominal role of monies spent within the period under review before the Committee unfailingly.

Hon Oke pointed out that since the expenditure records of the service was not clear enough, the BPP should include the name of contractors of FFS and their financial records while appearing before the Committee

Also, all the Ministers summoned by the Committee over their failure to to appear before it concerning several audit queries against their Ministries, Departments and Agencies did not show up on Tuesday. The affected Ministries are Works and Housing, Health, Interior, Ministry of Environment.
Already the Committee had written to both the Secretary to the Government of the federation, (SGF) and the Minister of Justice and the Attorney General of the Federation respectively over the development.