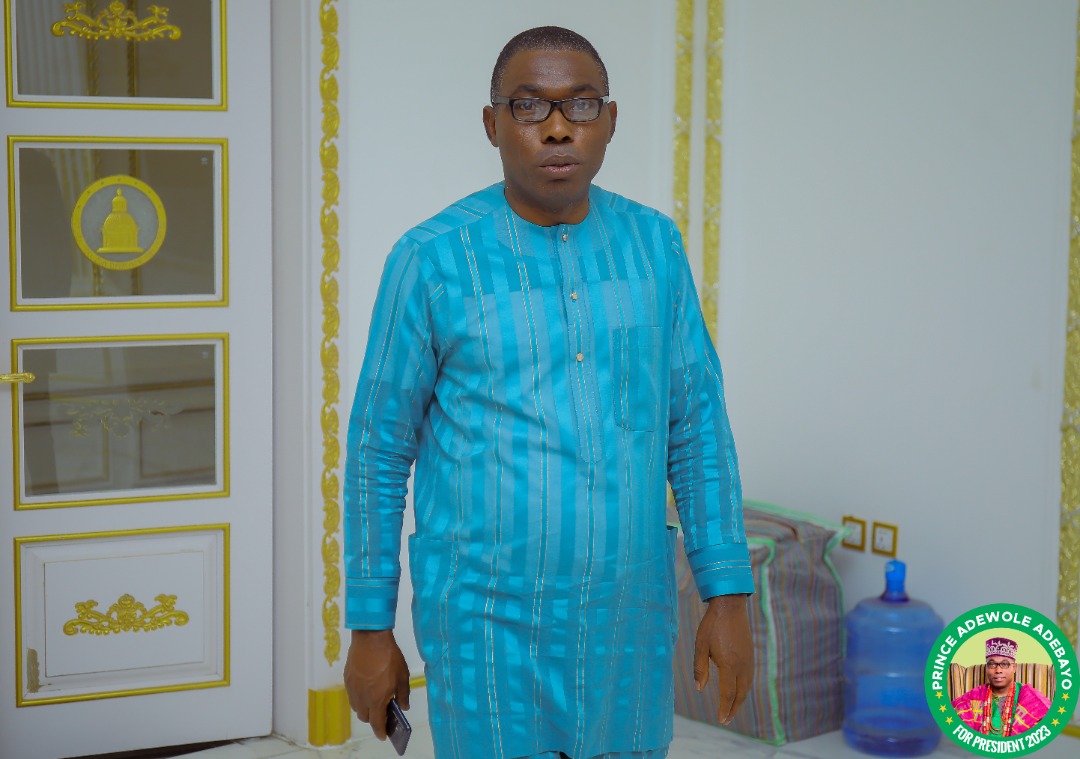 A presidential aspirant seeking to run on the platform of a unified coalition in 2023 Prince Adewole Adebayo, has challenge the federal government and all concerned parties to do whatever possible to avert the impending industrial action being Threatened by the Academic Staff Union of Universities.

Adebayo recalled that a similar strike action cost him three extra years of his educational life.
He stated that the government and all stakeholders must understand that industrial harmony impacts on the students and their family positively

“We need to know that education is the cornerstone of civilization and our future depends on it. We need to work hard to see that there is industrial harmony and educational quality for the children.”
Adebayo made the call through a video clip circulated yesterday in Abuja.
He called on President Muhammadu Buhari and the minister of education and labour to take action that would avert the strike.

His words, “I regret to tell you today that we have yet again, another industrial action, in the tertiary education sector,
“The academic staff Union of universities have given notice that they are resuming their strike. I know this impacts the people, in every family who has student anyone connected to the education sector,bus affected by this.

“Why do we keep having these recurrent problems? Why do some problems look like they want to be permanent with us. I can recall how I lost three years in the University in the 90. Due to this same industrial dispute
“None of the problems that the Academic Staff Union and the Universities, have with the federal government seems to be going away.
“Is it university autonomy? is it funding, is it curriculum development? is it the payment verification system? just anything could trigger yet, another strike.
“There is no integrity in the academic calendar of the universities all over again. Almniver the world Nigerian graduates are having to face a problem of how to ensure that their certification is respected.
“Many lose opportunities of employment after school, I call on ASSU and the Universities and governments to put an end to this.
“I know what guys want their wages. And you can not fault ASUU for going on strike when there is a dispute.
He appealed to the authorities concerned not to allow the strike take hold of the educational sector.
“However we need to think hard that the future of these young people is at stake. I call on Adamu Adamu, the education Minister and everyone who is concerned with this, Minister of Labour, Mr. Chris Ngige and anyone who can handle this to ensure that we do not have a prolonged strike.”
The presidential aspirant said he would continue to speak on such national issues that the rule of law would address.
“I will be monitoring the situation, I will be talking to the parties and I will be briefing you.”