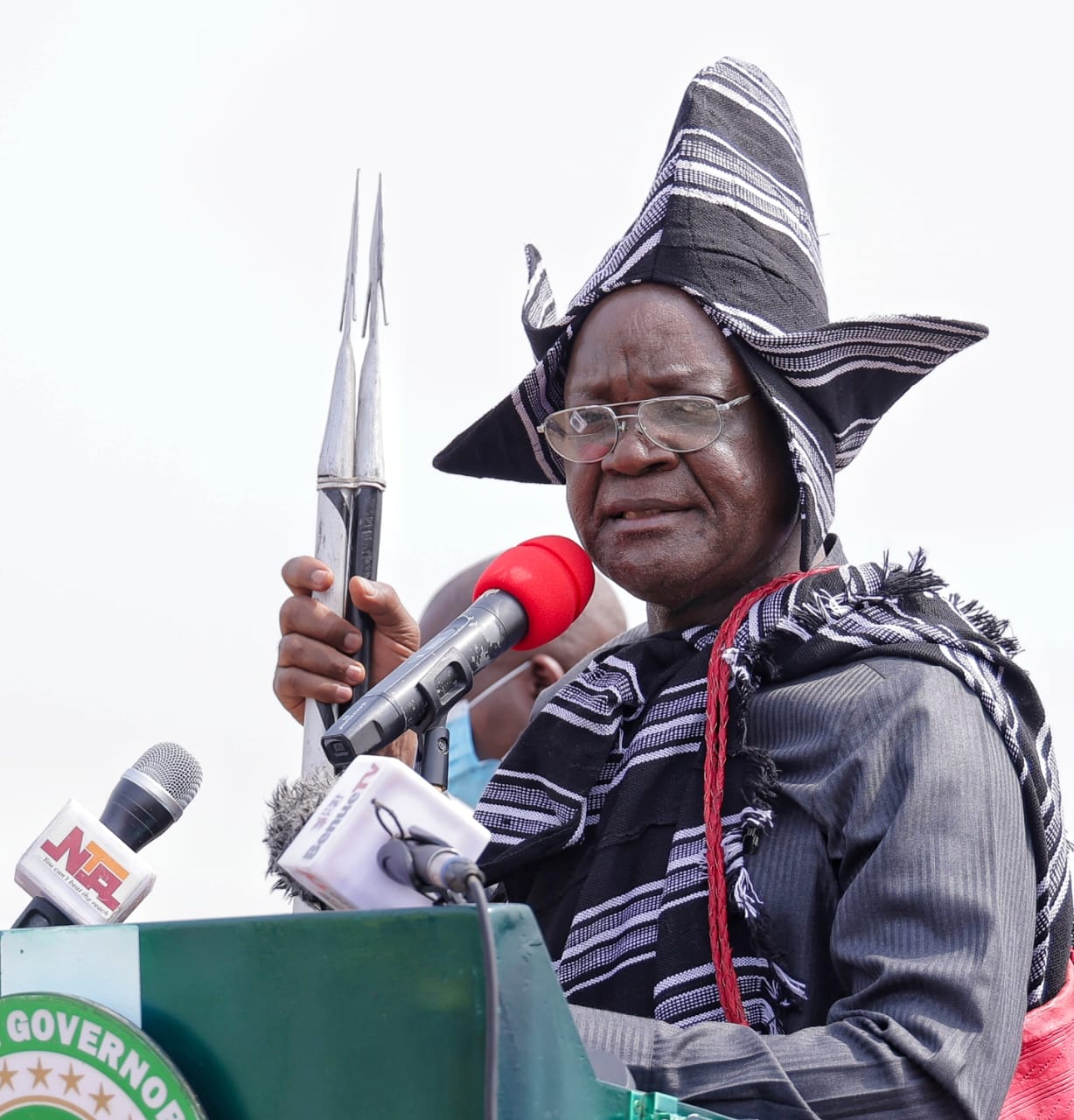 The President had declined assent to the Bill as passed by the National Assembly after observing certain grey areas but finally signed it into law on Friday, February 25th, 2022.

The governor who gave the commendation in an interview with journalists in Mbatiav, Gboko Saturday, said the amendments to the Electoral Act will encourage transparency in the electoral process leading to emergence of true representatives of the people.

He said: “I am happy that Mr President has heeded to calls to sign the amended electoral Act. This will lead to a transparent, free and fair electoral process in this country.
“That is the beginning of good things to happen in our country. So I commend him for the assent.”

Governor Ortom said the President also did well by rejecting Section 84(12) of the amended Electoral Act, saying the action is democratic and should be commended.

“The President did well by indicating that Section 84(12) should be deleted or amended to ensure that we do not cause unnecessary hardship to those in government who want to participate in the electoral process of our country.
“That is a welcome development because the President did not arbitrarily delete or reject it but decided to send it back to the National Assembly for action.

“The action is democratic and is left to the National Assembly to see what can be done in that regard. I am sure our representatives will look at it in consultation with us and if they feel it should be deleted, that will be done. So it’s a welcome development,” the Governor stated.

On the electronic transmission of results, Governor Ortom said “it  shows that we have said bye-bye to rigging because it has been a very big challenge where you campaign rigorously and win election and then somebody sits somewhere and writes figures that are not real. “But with the electronic transmission to Abuja, it will go a long way in curtailing changing of results and by so doing we will have true representatives and things will work out well for our country Nigeria.”

While advising the President to always listen to the voice of reason from Nigerians, Governor Ortom said when the President does something that is commendable, he will say it openly but will not hesitate to criticize constructively when things are not going on correctly.

Hear him: “When the President does something that is good, I will commend him but that does not mean I will hesitate in criticising constructively when things are not going on correctly. And I advise Mr President to always listen to the voice of reason from the people just as he has done on the issue of assent to the amended Electoral Act for things to work well in the country,” the Governor pointed.

Governor Ortom who was in Mbatiav for a reception in honour of Chief Sabastine Hon, SAN and conferment of the tittle of Zege Igbya U Mbatiav, described the celebrant as an asset to the country and wished him prosperity in all he does.

The Governor promised to look into requests by the people of Mbatiav including completion of electricity project at Pika among others.

In separate goodwill messages, House of Representatives Member for Gboko-Tarka, Rt Hon John Dyegh, Chief Edward Ashiekaa, SAN, Rev Father Tagesa Akpagher, Justice Cosmos Idye among others, described Chief Hon as a blessing to the country who has risen to the peak of his profession.

The celebrant, Chief Sabastine Hon said he was delighted for the honour of his maternal kinsmen, saying it will spur him to do more for his people and humanity in general.