Court restrains EFCC from arresting a SAN over his professional services 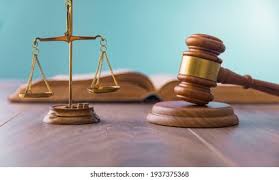 The Federal High Court, Abuja, last week granted an order against the EFCC for the “maintenance of status quo ante bellum as at 7th of February, 2022, in favour of the Applicant” (Prof Joseph Nwabueze Mbadugha, SAN), over matters “which he knows nothing about, or facts to the like effect, pending the hearing and determination of the substantive originating motion.”

Prof Mbadugha, SAN, had approached the court presided over by Hon Justice Inyang Ekwo, through his Counsel, Chief Mike Ozekhome, SAN, to restrain the EFCC from inviting, arresting, or detaining and keeping in custody, the Applicant over some frivolous allegations made against him concerning a case he handled and won for his client, Innoson Nigeria Ltd, from the High Court, through the Court of Appeal, and now at the Supreme Court. The appeal at the Supreme Court was at the instance of some Appellants, including Guaranty Trust Bank PLC (GTB), which had lost the in both lower courts.

Chief Ozekhome, SAN, argued before Justice Ekwo, that the EFCC does not have the legal competence to compel Prof Mbadugha to disclose the source of information regarding an affidavit filed during the proceedings in 2011, as that is unconstitutional, illegal, wrongful, overreaching and is capable of prejudicing the appeal at the Supreme Court.

He also argued that it was wrong for the EFCC, on the instigation of Guarantee Trust Bank PLC, and others, to serially invite Mbadugha, first on the 1st, then 7th and again on 21st February, 2022, for the purpose of forcing him to disclose the source of his information in an affidavit filed and argued in court in the course of his strictly professional duties.

By subjecting Prof Mbadugha to mental torture, with attempts at further arrest and detention, including unsolicited calls by the EFCC and its operatives, without any attempt at arraigning the Applicant before a court of law, Ozekhome argued that the actions are in clear breach of the Applicant’s fundamental human rights enshrined in section 35(1) of the 1999 Constitution and Articles 5 and 6 of the African Charter on Human and Peoples Rights (Ratification and Enforcement) Act, Cap A9, Laws of the Federation of Nigeria, 2004.

When the case came up on 25th February, 2022, the EFCC was represented by Attah Ochibi, while Martins Abang appeared for GTB. Maliki Sylvanus and Queen Umana held Chief Ozekhome’s brief the Applicant.

The Respondents agreed that the processes had been served on them, but requested for five days each to respond to same.

While granting the Respondent’s request, Justice Ekwo warned that none of the parties before the court must take any further steps in the matter, including inviting or re-arresting the Applicant. The court also granted accelerated hearing and subsequently adjourned the matter to 29th March, 2022, for hearing.