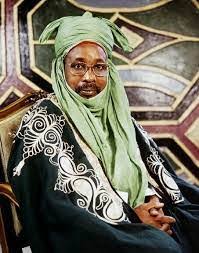 The Emir of Dutse in Jigawa state, Alhaji (Dr) Nuhu Muhammad Sanusi has enjoined the Youths to champion the campaign against global warming and other environmental degradation threatening to destabilize human existence on earth.

The emir made the call when a youth group under the aegis of the Foundation for Societal Development and Good Governance in Jigawa state paid him a curtsey visit to his palace.

According to him,, the perennial flooding, that kills people in the state and other parts of the world is one of the adverse effects of global warming that emanated from indiscriminate felling of trees, bush burning and other abuse of the ecosystem.

The emir explained that, the youths have a major role to play particularly in the area of public enlightenment against any acts capable of causing global warming and other forms of environmental degradation in the society.

Dr Sunusi also challenged the youth as leaders of tomorrow to abide by good norms and values of the society adding that they should shun any acts that may portray them as irresponsible and unreliable in the society.

In his speech during the visit, the chairman of the foundation malam Ya’u Muhammad said, they were in the palace to request the emir to be the grand patron of the Foundation as they also sought his fatherly advice.

Yau explained that, the Foundation’s focus is on promoting good governance and public participation in the democratic system.

He told the emir that, the Foundation is also enlightening the youths on the menace of drug abuse, corruption and other social vices that are causing social unrest to the individual and the society.