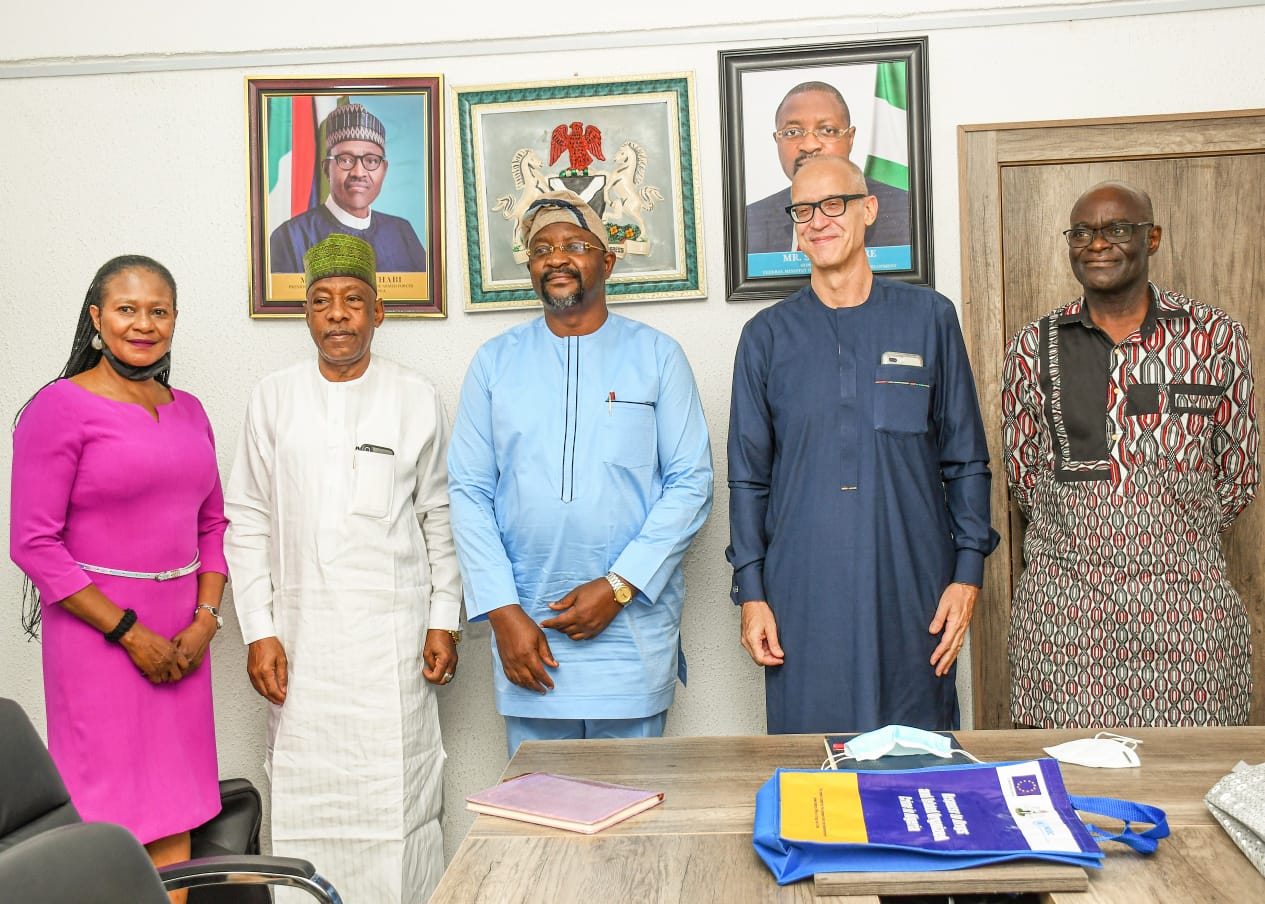 The Federal Government has called on relevant stakeholders to make concerted efforts towards ending drug abuse among the youths in the country so as to prepare them for employability, entrepreneurship as well as future leadership.
The director Press and Public Relations, Mohammed Manga in a statement quote the Minister of Youth and Sports Development, Mr. Sunday Dare to have made the call on Thursday in his office in Abuja when he met with the Representative of the United Nations Office on Drugs and Crime, (UNODC), Mr. Oliver Stolpe to bolster partnership on drug abuse, prevention and control.

He stated that the visit of Mr. Stolpe demonstrates the commitment of the world body to drug abuse reduction and also speaks of its understanding of the damage and destruction that addiction to drugs do to our youth population.

The Minister stated that the President Muhammadu Buhari-led Administration has through his Ministry opened a lot of pathways for the youth through the creation of awareness as well as provided digital and life skill trainings aimed at reducing their involvement in drugs and other crimes and criminalities.
He stressed that, there is still a dire need to provide alternative avenues of support for the youths addicted to drugs, who got hooked on the menace as a result of depression or poverty.

“We must provide alternatives. We have a government that has opened the pathway for our youth in entrepreneurship and digital skills training. The challenge is to increase the numbers to ensure the onboarding of more youths, but the capacity to do more is limited by scarce resources, which we must devise innovative means to overcome,” he added.

On partnership with NYSC, the Minister stated that the three weeks orientation period for corps members and their Community Development Service (CDS) provides the avenue to develop programmes on drug abuse control and prevention.

He explained that the NYSC Radio that will soon be launched will be a veritable tool for mobilization and sensitization of our teeming youth in the fight against drug related vices, assuring that he will liaise with the Director-General as well as Management of the NYSC to conclude arrangements for partnership with the Agency.

Speaking earlier, the Representative of the United Nations Office on Drugs and Crime, (UNODC), Mr. Oliver Stolpe stated that the visit is a follow up to the launch last December of the National Drug Control Masterplan by the National Drug Law Enforcement Agency (NDLEA).

He emphasized that the UNODC was particularly captivated by the idea of deploying National Youth Service Corps (NYSC) members in sensitizing youth on drug control and prevention as canvassed by the Minister at the NDLEA event, which is why it becomes imperative to explore areas of partnership with the Ministry and NYSC, to bring it to fruition.

Also speaking, the Projects Officer, UNODC, Dr Akan Ibanga in his remarks, advocated the need for collaboration with the private sector to make the fight against drug abuse far-reaching, whilst re-aligning with the Federal Government’s call for concerted efforts by all relevant stakeholders in combating the menace.