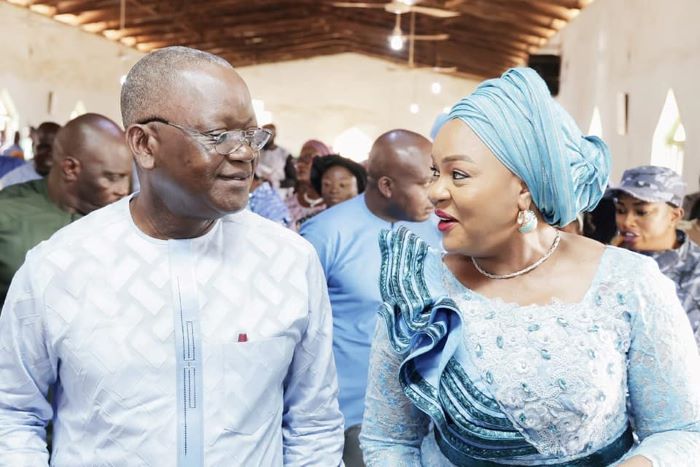 Gov Samuel Ortom of
Benue State has given directive for the Executive Chairman of Gboko LGC, Hon James Kachina to immediately construct a bridge at Adi, linking ricemill community Gboko using ecological funds.
Chief Press Secretary to the Governor Nathaniel Ikyur in a statement quoted Governor Ortom to have also directed the State Universal Basic Education Board, ,(SUBEB), to construct a block of three classrooms at St Theresa’s Primary School Gboko and furnish same with plastic desks and chairs.

At the residence of the celebrant, the Governor described Ngbea as a worthy son of Mbayion, Jemgbagh and Benue State at large who is not just a Commissioner but his family doctor who also handles many health challenges of people on his (Governor’s) behalf.

While advising Dr Ngbea to remain humble and prepare for bigger opportunities following prayers for him, the Governor also acknowledged the support for his administration by the people of Jemgbagh, stressing that as they celebrate Dr Ngbea, they will also be celebrated.

In separate remarks, House of Representatives Member for Gboko-Tarka, Rt Hon John Dyegh and Secretary to the State Government, Professor Anthony Ijohor, SAN, acknowledged the love shown by the Governor to the people of Gboko and pledged their support to calls for the Governor to run for Senate in 2023.

Earlier at the thanksgiving service, Dr Joseph Ngbea who thanked God for blessing him in several ways, also expressed gratitude to Governor Ortom for the trust and confidence reposed in him.

Consensus Chairmanship Candidate of the People’s Democratic Party, PDP in Gboko Local Government Area, Hon Isaac Mtom pledged the commitment of youth to the Governor’s Senate aspiration, adding that as a young man, he will not disappoint the confidence reposed in him by the elders.

First Lady of Benue State and wife of the Governor, Dr Mrs Eunice Ortom, elders and wives of prominent government appointees also accompanied the Governor on the thanksgiving service.